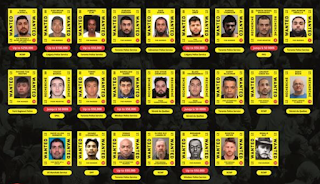 City News is reporting that "Halifax District RCMP, with assistance of Halifax Regional Police, has arrested a 17-year-old male youth following a shooting early this morning in Cole Harbour."

"The shooting had occurred during a party where 20–30 people were gathered outside a residence. Responding officers and EHS located two 15-year-old victims. One victim had an apparent gunshot wound to their arm. They were treated at the scene by officers and EHS for non-life-threatening injuries then transported to hospital by EHS. The second victim is reported to have been shot in the leg and sustained minor injuries. They were treated at the scene by EHS and released. The suspect, who is known to the victims, had fled the scene before police arrived."

What do we know? We know that the shooter did not have a firearms licence and the gun he used was not registered. That's what we do know. The suspect is 17 years old. Anyone under the age of 18 is not permitted to obtain a Possession and Acquisition Licence.

When you Google Canada's most wanted, what do all of the suspects have in common? None of them have a firearms licence. You are not allowed to obtain one if you have a criminal record. If you own restricted firearms legally, the police do a criminal record search on you every day.

Posted by Dennis Watson at 3:23 PM