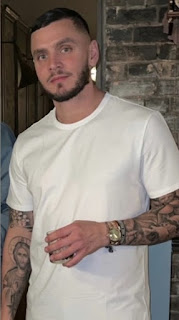 CTV is reporitng that "Toronto police have identified the man killed in a downtown shooting early Saturday morning. Officers responded to reports of an altercation in the area of Queen Street and Augusta Avenue at around 12:49 a.m."

"Police said witnesses heard multiple shots. Upon arrival, officers located a man with a gunshot wound outside on the ground. The man was pronounced dead at the scene, police said. On Saturday evening, police identified the victim as 38-year-old Peter Alexandros Madimenos."

The Toronto Sun is reporting that "It was a wild night in downtown Toronto as gunfire erupted and one man was killed. Toronto Police say the shots rang out just before 1 a.m. Saturday near the corner of Queen St. W. and Denison Ave. shattering a window at a fast food restaurant and hitting one man. He was pronounced dead at the scene. A window at a Wendy’s restaurant at the corner of Denison and Queen St. W. was boarded up with plywood – a police evidence marker was stuck to the frame of the window just above the restaurant’s patio."

"There were also two shootings in the city Friday afternoon – one around 6 p.m. near Markham Rd. and Eglinton Ave. E. where a man made his own way to hospital, and another three hours earlier that saw a vehicle shot up near Markham and Ellesmere Rds."