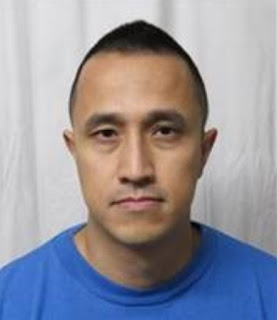 CTV is reporting that "RCMP say the victim of Friday afternoon's carefully executed attack in a hamlet just outside Calgary was well-known gangster Trong Minh Nguyen. The 39-year-old was identified as a leader of the FOB (Fresh Off the Boat) gang that feuded with the FOB Killers in a violent turf war that claimed at least 25 lives in the Calgary area over the years dating back to the early 2000's. In 2018, a judge noted that Nguyen had made an effort to distance himself from his gang past." That's probably why they killed him.

"As the gunmen turn to leave, the one armed with the rifle is seen reaching under the rear of the victim's vehicle and removing an item that appears to be a tracking device fastened underneath."