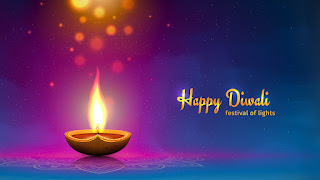 Judging from all the fireworks I hear going off, it would appear that today is Diwali. "Also known as festival of lights, the name Diwali originates from the row of clay lamps that are lit outside homes during the celebration to symbolize the inner light protecting from darkness. Fireworks are also used in the festivities to help scare away evil spirits and celebrate the victory of good vs evil." Sounds good to me. They use firecrackers in the lunar New Year parade to scare off evil spirits. I think we should bring back fireworks for Halloween. We need to keep the traditions alive.

The Diwali lamps look a lot like the ancient Jewish lamps mentioned in the Bible.

It's interesting to note that both Diwali and the Chinese New Year set off firecrackers that make noise to scare off evil spirits. At midnight on New Years we used to bang pots and pans. I find that somewhat allegorical. Light is synonymous with truth. Light and truth expose lies and evil. In a way so does making noise. People who are evil hide their dark deeds with lies. Exposing those lies disperses evil. When I was in New York back in the /80's I spent some time with Lisa Evers.

Lisa would give self defense seminars for women. She wrote a book called Attitude: Common Sense Self Defense. She expanded on Curtis' Street Smarts. I remember on one occasion she gave an insightful example of making noise. She encouraged women walking home alone at night to stay in well lit areas. She talked about how pervs would often stalk their victims and make rude comments. Lisa would step back and yell out What did you just say to me? Hey look everybody, this guy is a pervert. If there were lots of people around it would make him cower and disappear.

Communism lives off lies. That's why they spend money on censorship and propaganda. Making noise and exposing the truth fends off Communism because Communism is evil based on lies. 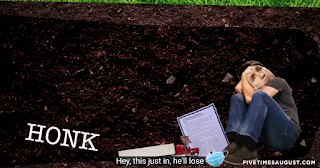