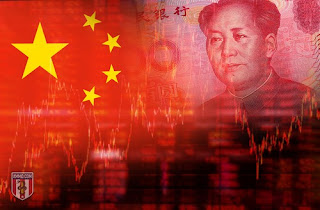 Sam Jacobs from Ammo and Libertas Bella contacted me about some flags and T-shirts they have at 2ndAmendmentShirts.com. There's an article on Zero Hedge that talks about them.

Sam made a blog post entitled Democide: Understanding the State’s Monopoly on Violence and the Second Amendment which states "Gun control is predicated on the belief that private citizens cannot be trusted with firearms. That the state should have a monopoly on violence because it is less violent than individuals. And that firearms should be taken away from private citizens because only the state is responsible enough to handle them."

"There is, however, a major problem with this: States are statistically far more violent than individuals. After all, in the 20th century alone, 262 MILLION people died at the hands of their own governments. The term for this sort of atrocity is democide. It is one of the reasons the Founding Fathers included the Second Amendment in the U.S. Constitution – to allow citizens some form of protection against agents of a tyrannical government meaning to do them harm, as the Founders were forcibly disarmed as colonists by the British prior to the American Revolution."

"Democide is the murder of any person or people by their government. It’s an important concept, as it is more expansive than the better-known term genocide. While the largest genocide in history is widely thought to be the Holocaust, Adolf Hitler’s work pales in comparison to that of Josef Stalin or Mao Zedong. In fact, one aspect of Stalin’s terror was the Holodomor” the intentional mass starvation of Ukrainians, which killed over seven million victims in less than two years (compared to six million Jews over the four years of the Holocaust)."

"Communist China under the stewardship of Mao Zedong holds the ignoble honor of being the most democidal regime in human history to the tune of 65 million people killed, including 30 million during the Great Leap Forward alone. Second is the Soviet Union, with 29 million deaths. This breaks down into 20 million under Stalin, 9 million under Lenin and 7 million in the Holodomor. Hitler comes in third with official estimates of the total dead ranging from 10 million to 12.5 million. Nearly half – 46.6% – of all deaths in China between 1900 and 1987 were the result of democide. China’s gun control program was rolled out by the Republic of China in 1938."

"Though restricted by geography, democide is the leading non-natural cause of death in the 20th century. For example, while the chances of death by government in China were almost half during the 20th century, they were near zero in the United States and Canada." Until now.