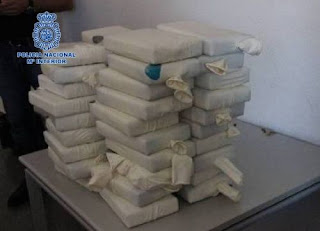 The Vancouver Sun is reporting that "Hells Angel Jason Arkinstall was sentenced on Wednesday to 10 years for smuggling large amounts of cocaine and methamphetamine worth millions into Canada two years ago. Crown prosecutor Maggie Loda told a sentencing hearing last month that the 48-year-old biker’s only motivation was profit when he attempted to bring 90 kilograms of meth and 118 kilograms of cocaine into B.C. from Idaho on Oct. 23, 2020."

I reported on this drug bust back in 2020. Jason Arkinstall is a member of the Hells Angels in Mission, BC but was originally from the San Diego chapter as was Chad Wilson who the club capped. Jason and Chad were convicted of smuggling 300 kilos of cocaine in Spain but didn't have to serve their time. They payed a 5 million euro fine and were kicked out of the country.

Posted by Dennis Watson at 8:14 PM