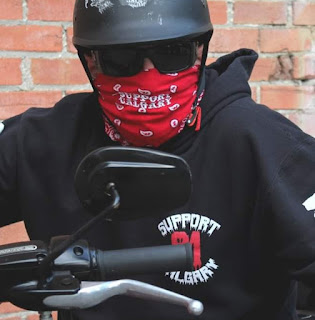 CTV is reporitng that "A 51-year-old Alberta man who told investigators he feared for his family's safety when he was caught trying to smuggle 650 kilograms of methamphetamine into Canada aboard a speedboat from Washington state's San Juan Islands has been sentenced to 10 years in U.S. prison." This is the clown that was posting pictures of himself in Hells Angels support gear on social media. His lie about not knowing what was in the duffle bags failed the test of believably.