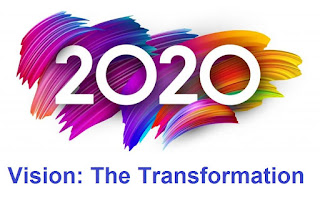 As someone pointed out, this isn't just a New Year it's a New Decade. A New Era has dawned. We all know what the mainstream media is and does. We also know what the CIA is and does. There's no need for debate. We can press forward in faith realizing that knowledge is power. The truth will set us free and as Benjamin Franklin declared "Any nation that expects to be ignorant and free expects what never was and never will be." Word.

The Guardian is reporting that "US troops have fired teargas to disperse pro-Iran protesters gathered outside the US embassy compound in Baghdad for a second day. Donald Trump blamed Iran for the attack." Of course he did. It's the October surprise deja vue.

Is the US going to fire tear gas at protesters in Hong Kong next? Do we only allow protesters who agree with us? We expect as much from a Communist dictatorship not a nation with a sacred Constitution that protects civil liberty for all people. Even on foreign soil.

The people in Iraq are protesting something Donald Trump did. He cannot blame that on Iran. He needs to accept responsibility for his own actions. All of us do. In fact, that is the theme for the New Decade. We are free to choose our actions but we are not free to choose the consequences of our actions. Everything we do has a natural consequence. We all need to face that.

The unlawful invasion of Iraq was based on a lie. George Bush said Iraq had weapons of mass destruction. The British whistle blower said that was false. When they invaded and found no WMD George Bush said Mission Accomplished. Despite the fact that the Americans had sold Saddam Hussein chemical weapons to use on Iran in the past.

In Operation Ajax MI6 and the CIA overthrew a democratically elected government in Iran and installed a dictator so they could take over Iran's oil. MI6 and the CIA are responsible for Islamic extremism in Iran. Cyrus the Great was the one that set the Jews free after the Babylonian captivity. The CIA use false flag attacks as a pretext for war. We need to see past that.

Iranian oil tanker was hit with a missile in October - CIA prime suspect. 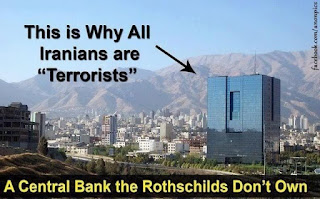 The American oil monopolies already stole Iraq's oil. Now they want to steal Iran's oil as well just like they did in Libya and the pipeline they took over in Afghanistan. That is what this is really about. Just like it was in Syria. Terrorism has nothing to do with it.

Qasem Soleimani led the fight against ISIS in Iraq. That is why they killed him.

U2 performs Bloody Sunday in Iran with a new verse about the Crescent Moon at 3:20. "Greetings from New York City to the good people of Iran. Noisy New York. All the Best from the Republic of Ireland too." The truth provides a bridge over troubled waters so it does. Peace. 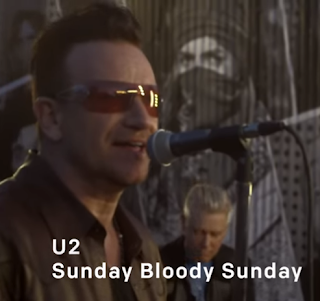 Ari Ben-Menashe confirms the October surprise: The hostage taking was an orchestrated fraud.

Iran did not kill Major Charles McKee, the CIA did. Major McKee was on his way to expose the CIA's cocaine trafficking in Lebanon. The CIA was the only group that had a motive to kill him. 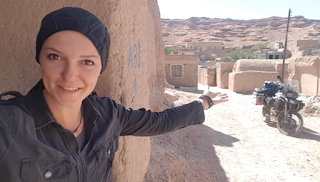 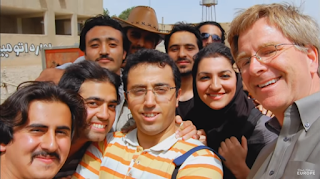 BTW when they say an American private contractor was killed by a rocket attack at the K-1 Air Base in Iraq AFTER the rocket attack on an Iranian oil tanker, they mean a paid mercenary. If not Blackwater, a Blackwater mercenary remix.

Donald Trump is considering pardon for Blackwater contractor convicted in infamous Iraq massacre. Any private contractor that makes a six figure income is not a solder serving his country. They are a mercenary paid to enforce a corporate contract.

Although at 7:16 in the video Rick Steves was completely honest about the CIA coup in Iran to take over their oil, he said he found some of the anti American murals in Iran offensive. Oh really? Let's look at the facts. The Americans bombed Hiroshima and Nagasaki killing 200,000 innocent civilians. The United States has a long history of bombing countries. The Iranian motif has merit. 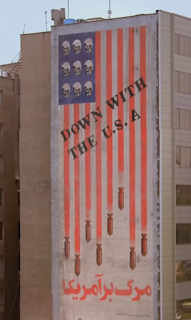 "God is no respecter of persons: But in every nation he that feareth him, and worketh righteousness, is accepted with him." Acts 10:34-35 ~ God save the people yo.

Turn back oh man. Forswear thy foolish ways. Earth shall be fair and all her people one.

"Iran condemned Donald Trump on Sunday as a terrorist in a suit after the U.S. president threatened to hit 52 Iranian sites hard if Tehran attacks Americans or U.S. assets in retaliation for the killing of military commander Qassem Soleimani." That is exactly what he is. If you fight for autonomy of your resources he will kill your civilians. He is a terrorist.

God save the people and God Damn the CIA. Corporate Communism is evil. 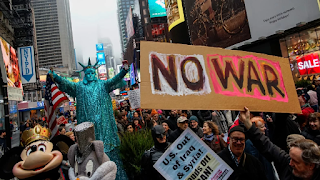 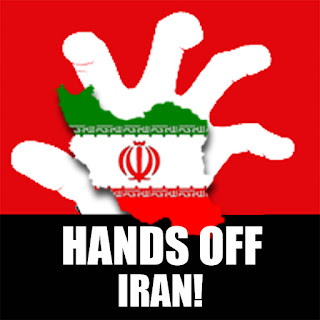 The U.S. Never Dropped As Many Bombs On Afghanistan As It Did In 2018

Iraq protests 17 years of US occupation