Bigotry in the Vancouver Sun 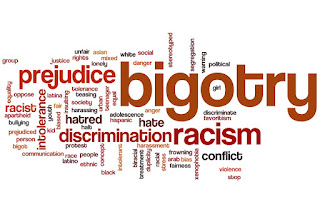 CBC reported that "An op-ed published by a Calgary instructor in two Vancouver newspapers is being widely condemned for saying Canada would be better off without ethnic diversity." The Sun later issued an apology for publishing the article.

Nevertheless, several concerns arise. The Tyee reported "That Sun Column Was No Outlier. Postmedia Has Embraced Dishonest, Dangerous Propaganda. Journalism is essential to a functioning democracy, and it’s falling apart." This is very true.

There are two issues on the table. The first is diversity. The second is biased news reporting. Mark Hecht is not First Nations so by his own definition his presence in Canada is damaging the nation's social trust. He needs some time with Dr Phil. He should not be a University professor teaching students anything let alone promoting Fascism across the country.

Diversity is the foundation of a democratic society and the framework of the Canadian Charter of Rights. There is no place for bigotry in Canada. We are better than that.

The British Tabloids are all owned by Rupert Murdoch who has admitted extreme bias in his newspapers. When he promoted Tony Blair, all his newspapers would print articles promoting Blair and nothing opposing him. When Murdoch changed endorsements the same thing would happen. His newspapers didn't report the news and open debate. They promoted propaganda designed to mold public opinion. Huxley warned us about this in his novel Brave New World.

The same thing with Post Media Trash. Post Media News promoted the LRT in Surrey and the RCMP over a municipal police force. The voters disagreed. After the election Post Media Trash continued a barrage of articles promoting LRT and the RCMP. That isn't news it is sheer propaganda and it certainly isn't in the public's best interest.

The Tyee reported that "After an op-ed calling for Canada to abandon diversity and tolerance provoked outrage, Vancouver Sun and Province editor-in-chief Harold Munro published an apology Saturday, addressed staff on Monday, and issued a memo with proposed fixes to the system on Wednesday. If he thought that would calm his newsroom, he was wrong."

"The offending opinion piece, by Calgary college instructor Mark Hecht, argued Canada should say goodbye to diversity, tolerance and inclusion or risk unraveling as a society. It cited discredited reports by an anti-Muslim think tank. The piece reportedly was greenlighted by Sun and Province editorial pages editor Gordon Clark without Munro’s sign-off. Almost as soon as it was published, many Sun and Province journalists condemned it on social media."

This isn't the first time Harold Munro folded like a cheap tent. He approved articles confronting Peter leaks's judicial incompetence then pulled the article while Gordon Clark, who is married to a BC Court Judge, launched an attack on Tim Petruk for criticizing Peter Leask's incompetence.

It comes as no surprise that it was Gordon Clark who approved the article promoting bigotry in the Vancouver Sun since he claims we are letting in too many people into Canada. As our birthrate is so low in Canada we need immigration to survive. Diversity makes us strong. 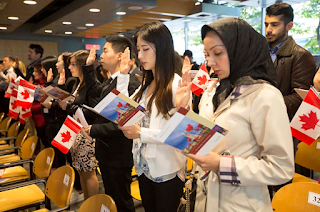