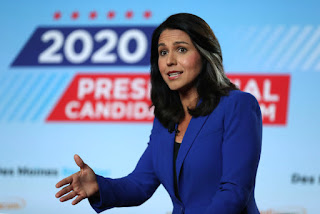 The Hill is reporting that "Rep. Tulsi Gabbard (D-Hawaii) is suing Hillary Clinton for defamation over the former secretary of State's remarks on a podcast characterizing the Democratic presidential candidate as a Russian asset." Everyone who disagrees with Hilary, including Bernie Saunders is a Russian asset. Not. Tulsi Gabbard did not sell the Russians weapons grade uranium. Hilary Clinton did. Tulsi Gabbard for President. She is a major in the Hawaii Army National Guard serving as the U.S. Representative for Hawaii's 2nd congressional district.

"Martin Luther King day is one of the most important American holidays because it represents who we aspire to be rather than simply celebrating who we are or what we have been."

Why Tulsi Gabbard is running for president. Love is stronger than hate. 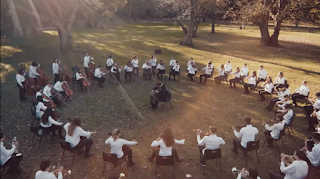 For those of you inbred hillbillies that think Tulsi Gabbard is a Hari Krishna, you're just proving to the world how stupid you really are. That's nothing to brag about. Gandhi was a legend. You don't know the difference between a Muslim, Sikh, Hindu, Taliban, Arab or Persian. You need to take a geography lesson from Lilly Sing. Lets make education great again. Coming to you live from North of the 49. The South shall rise again and the North shall stand against you. Again.

Tulsi Gabbard can see past the partisan impeachment fraud. So can Rachel Blevins. 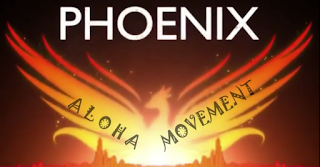 We'll have all the things we need if we can only conquer greed. People, it is Tulsi time. 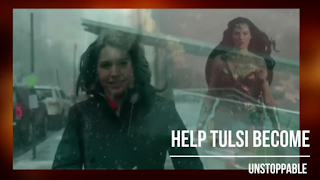