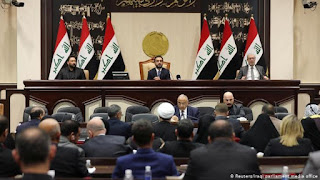 France 24 is reporting that "Iraq’s parliament passed on Sunday a resolution calling on the government to end all foreign troop presence in Iraq, as backlash grew after the killing of a top Iranian military commander and an Iraqi militia leader in a US strike in Baghdad."

This is a natural consequence of unacceptable behavior. The unlawful invasion of Iraq was a fraud from day one. The coalition knowingly lied about WMD. The US created ISIS to justify their presence to secure their corporate interests in Iraq's oil. We have become the bad guys.

The New York Times is reporting that "Aboard Air Force One on his way back from his holiday trip to Florida, Mr. Trump reiterated to reporters the spirit of a Twitter post on Saturday, when he said the United States government had identified 52 sites for retaliation against Iran if there were a response to Maj. Gen. Qassim Suleimani’s death. Some, he tweeted, were of cultural significance. Such a move could be considered a war crime under international laws, but Mr. Trump said Sunday that he was undeterred." This man is evil. God damn him. 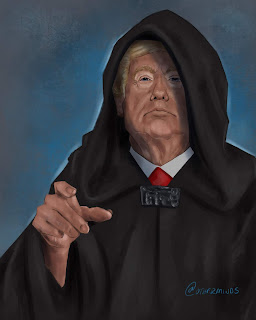 Iran isn't doing any of those things. Iran isn't torturing anyone. You are. The CIA has black prison sites not just in Guantanamo Bay but all over the world where they torture suspects without a trial and without legal representation. That is illegal. We believe in due process.

The United States sold chemical weapons to Saddam Hussein to use on Iran. They didn't just know about it and look the other way, they actually sold him the chemical weapons.

NBC reported that Trump said the 52 targets was symbolic because "the number of targets matched the number of hostages held by Iran in 1979, when 52 American diplomats and citizens were held for 444 days." AYFKM? Did he actually go there? If we are going to talk about the Iranian Hostage taking in 1979 we are going to have to talk about Iran Contra and Ari Ben-Menashe who is an Iranian born Israeli arms dealer that worked for Mossad. He confirmed that the Iranian hostage taking was orchestrated. He was there. The CIA embezzled $50 million from Canadian investors and used that money to pay the hostage takers to keep the hostages until after the election so Reagan could get elected. That was the October surprise.

If we talk about the orchestrated Iranian hostage taking in 1979, we're going to have to talk about Operation Ajax in 1953 where MI6 and the CIA didn't just meddle in an election, they overthrew a democratically elected government to take over their oil. That really did happen.

Roadside bombs? Iran isn't doing that, Afghanistan is. Why are they doing it? They are doing it because you invaded their country based on another lie. Iranians are Persian they aren't Arabs. You can't blame everything every CIA trained Arab has done on the Persians. They are completely separate. If you had an education you would know that.

Compare Trumps satanic response to Iran's response. Iran said they would retaliate by striking a military target. Trump says if they do he will attack cultural sites in Iran. He will kill innocent civilians. Who's the terrorist now? Donald Trump is.

I want to be very clear in that I do not support terrorist attacks on Americans, Iranians, Jews or anyone else. In the past, bombing cities of civilians was part of war. Now that is simply not acceptable. All forms of terrorism are heinous and false flag terrorist attacks are treason. 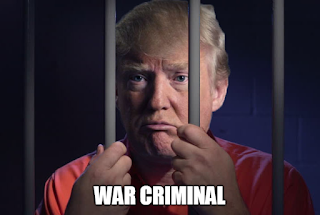