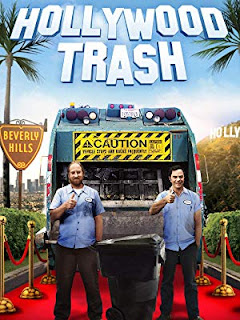 I've already express my concern about media mergers and how eliminating competition diminishes free speech. I've also expressed my concern with the foul biased propaganda Post Media News spews trying to overturn the results of a democratic election in Surrey. Well now the shocking credibility meltdown of Post Media News calls for a moment of silence as we mourn the loss of something sacred. Post Media News is now killing the Vancouver Sun and Province.

When Post Media News bought the Surrey Now and the Surrey Leader, they fired everyone from the surrey Leader and out all the fliers from the leader into the now. Now the local paper is just six pages of advertising with a huge stack of flyers in the middle. The killed free speech. Their biased propaganda supporting the LRT and the RCMP caused me to simply unsubscribe.

They're doing the same thing only worse to the Sun and the Province. Now those credible newspapers are becoming cheap tabloids. After the changeover, the Province started running single pages of celebrity gossip. It looked different; like a cheap tabloid. Now they have four or five pages of celebrity gossip in addition to a full page article about Brad Pitt and Jennifer Aniston's breif encounter at some awards gala. No one cares.

They ran three pictures of an intimate hug the couple shared which was anything but. She put her hand on his arm as she leaned in to whisper something to him. Then he playfully grabs her wrist as she pulls away from him. AYFKM? Jennifer Aniston is a good person. Brad Pitt is not. Brad Pitt didn't just have an affair, he left her and married someone who completely f*cked him over after they adopted a ship load of kids. That was like a Fatal Attraction commercial promoting fidelity in marriage. All these idiots hoping Jennifer Aniston and Brad Pitt get back together are insane. I hope she has more self respect then that. Jennifer Aniston is a good person. What she does is her business. All these people obsessing over Hollywood gossip really need to get a life. Media outlets that pimp that aren't media outlets they are tabloid trash like the National Enquirer.