Is it time to end the ICBC fraud? 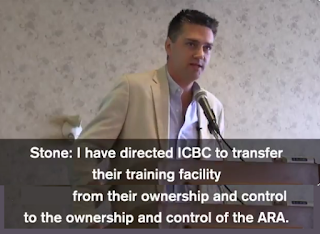 Diane Wats lapdog from Post Media Trash recently asked Is it time to end the ICBC monopoly? My response is no, it's time to end the ICBC fraud. Everyone knows that ICBC was breaking even until the Liberals extracted a $1.3 billion dividend from it to balance their fake budget. Everyone knows that so using that fraud to rationalize another BC Rail is in itself a criminal act.

This is why Post Media News isn't just worthless, it is defiant propaganda promoting Corporate Communism and the destruction of fiscal responsibility. Dianne Watt's lapdog isn't a journalist. He's a cheap whore that has sold his principles for pennies.

Rural areas of Alberta have cheaper car insurance then Metro Vancouver just like rural areas of BC does. Vancouver doesn't have cheaper car insurance then Toronto. Nevertheless, raising rates for new drivers as opposed to bad drivers isn't the answer. Paying back the dividend the liberal stole is. It's that simple. Anything other then that is sound and fury signifying nothing.