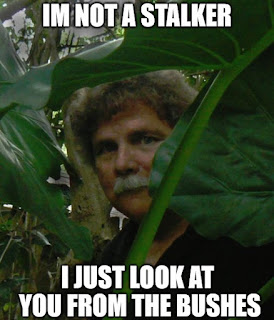 The BBC is reporting that "The Duke and Duchess of Sussex have issued a legal warning to the media after photographs of Meghan in Canada were published in newspapers and on websites. Lawyers say the photos of the duchess walking her dogs and carrying her son were taken by photographers hiding in bushes and spying on her. They say she did not consent and accuse the photographers of harassment. The couple say that they are prepared to take legal action."

Yesterday I saw a picture of Megan in one of Murdochs cheap British tabloids of her walking her dogs with her child in a snugli baby carrier. The picture was obviously taken from far away with a high power zoom. The photographer was no doubt hiding in the bushes spying on her. It's called stalking and it's creepy. You need to get a life. People have a legal right to privacy.

The National Post is reporting that "The Duke and Duchess of Sussex have issued a legal warning over paparazzi photographs of Meghan and Archie in Canada, complaining that they are being “stalked” following their split from Buckingham Palace. Within hours of Prince Harry joining his wife and son on Vancouver Island for a more “peaceful” life Tuesday, the couple’s lawyers sent out a strongly worded letter claiming that images had been taken, without consent, by paparazzi who had been “hiding in the bushes and spying.”

"The couple add that they are prepared to take legal action, and according to a Canadian privacy expert, could find “a sympathetic reception” in the B.C. courts. “When you look at the circumstances, as the court, of them moving to Canada to escape scrutiny and take into context the story of Princess Diana being pursued by paparazzi, their desire for privacy is a legitimate one,” David Fraser, a Canadian privacy lawyer, told the National Post.

I was proud to hear a local charter refused service to paparazzi who wanted to hire them to take pictures of the couple's residence. That is just creepy as f*ck and it's illegal. Suing them is the only thing they can understand. It's voyeurism. As for the moral conscience of the general public, Boycott Tabloid trash. Do it for Diana, for her children and for her children's children.

I do hope Megan and Harry's bodyguards aren't MI 6. If they are, that's the source of your security breach. I know Charles probably trusts them but he's been conned. MI 6 do not serve the Crown they serve themselves. They are the ones behind wiretapping the royal family's phone. It wasn't just one rouge member it is their MO. The fact that Murdoch's tabloid blurred out the faces of Megan's bodyguards as a professional courtesy would suggest to me that they are MI 6.

This is their official website. Get your news about them from there not from Murdoch's trash.

Privacy: If you want privacy while under surveillance just remember nothing wireless is secure. That's why they have stingray antennas all over Surrey and right outside my house. MI 6 can watch you through your laptop computer even when it's off. Edward Snowden taught us that. That's why we all put band-aids over our laptop camera. MI 6 can access the microphone on your cell phone to listen to your private conversations that aren't over the phone. Even Facebook advertisers do that now. Mind how ya go. God Bless Edward Snowden.