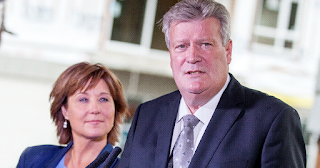 Global is reporting that the B.C. government disbanded RCMP unit after damning report on organized crime in casinos. It is being billed as an exclusive Global News investigation with details of the 2009 report. Only this isn't new news. I reported it in 2013 and hammered it in 2018.

I found out about the report the Vancouver Sun obtained in 2011 when a young girl cited it at Dianne Watts mega casino debate at city hall January 2013. There are two problems on the table: Corruption in the BC Liberals and corruption in the BC RCMP.

The BC NDP are rebooting the report to make the BC Liberals look bad and so they should. However, they are also using it to justify their profit from organized crime task force which has become just as corrupt. Addressing money laundering at BC Casinos is indeed important. However, governments should try to stop or reduce organized crime not profit from it. That is the new direction the corrupt BC RCMP have taken and the starry eyed BC NDP have taken the bait hook, line and sinker. Instead of stopping these heinous crimes they want to profit from them.

Surrey voted to disband the RCMP and form a municipal police force like every other mayor city in Canada. Post Media Trash and the RCMP have been fighting that quest ever since the election mandated it. This new RCMP task force that strives to profit from crime has become the root of the problem. I've talked about Operation Phoenix and the book the Road to Hell.

Details of the report cite murder, kidnapping and forced prostitution. Those crimes are indeed heinous. That is why we should be striving to stop them not profit from them. At Bob Paulson's retirement he admitted the RCMP quit trying to stop organized crime. Now these task forces simply want to tax it so they can profit from it. When the RCMP and the government profit from crime, they have no incentive to stop it or reduce it. Their only concern is how to profit from it. No matter how you sell it, that is evil. That is not the New York model. That is the LA model.

Meanwhile back on the ranch, the RCMP have Hells Angels Associates in the Witness Protection Program and are providing police escorts for Cub Pack members to sell cocaine. They are helping the Hells Angels maintain their monopoly on the BC Drug Trade. God Damn you all.

Instead of seizing the proceeds of crime, we need to bring back the OMGU and put organized crime back under provincial jurisdiction. That is what we need to do. Stop the Fraud. 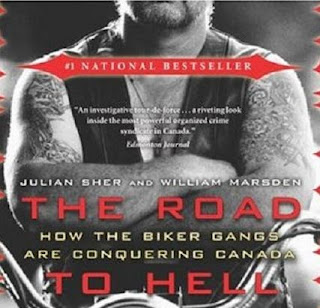