Drug abuse and suicide in the UK 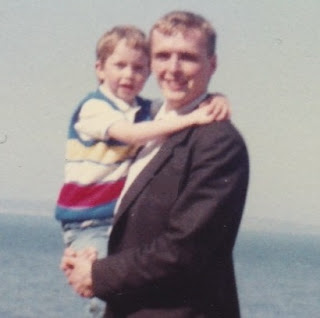 I was shocked to hear how prevalent drug and alcohol abuse has become in the UK. Times have changed so they have. I am equally shocked to hear that suicide is the leading cause of death for men aged 20-39 in the UK. I knew it was a problem in Ireland but I didn't realize it was UK wide.

Although the two problems are separate, the causes and results often overlap. I mentioned suicide in a Christmas post but I think it needs to be expanded upon. There was an adorable little boy I knew in West Belfast named Kieran. He was like all the other young boys getting into minor mischief throwing rocks at the British Army. He was a bit of a scrapper but for the most part he was very happy go lucky. I was heartbroken to hear that years later he had committed suicide shorltly after discovering the body of his relative that had committed suicide. 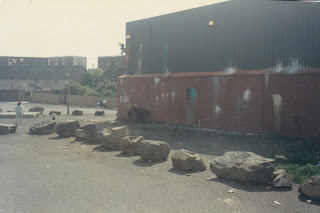 The reason I share this is because this is someone I knew and someone I cared about. I wish I had known. I wish there was something I could have done. As far as I know, wee Kieran didn't have a drug problem. He was a boxer like the rest of us.

Likewise, here in Canada, I had a coworker that committed suicide and two more coworkers that each lost a child to suicide. One was a high school student that was bullied at school. The other was a college student with a mental health issue. All three tragedies moved me.

Suicide is obviously a matter of giving up. Tapping out so to speak. Everyone gets discouraged. The question is, how do we deal with that discouragement? Some turn to drugs and alcohol to numb the pain but that quest is self defeating. It never solves the problem it only compounds it. This reinforces the need to stay away from negative people and focus on positive things.

My concern with suicide is that it's always darkest before the dawn. If we tap out before the dawn we never get to see the magnificent sunrise that was right around the corner.

For the most part, people who do drugs don't know who they are. They are either trying to escape something or are looking for something. The problem is you aren't going to find anything on a dead end street. Some start off simply wanting a good time. Yet wickedness never was happiness. Drugs do not bring joy and self respect. They only bring misery and shame.

I remember sitting down with a couple of Mormon missionaries when I was 19. We were discussing religion and they said, we're going to talk about who we are, why we're here and where we go after this life. I interrupted and said hold on. People have fought wars for generations trying to answer those questions and you're going to answer all three right now in 30 minutes or less? We'll let's hear it says me. At the time, everything they said made sense.

Now I am not a polygamist and I do not believe in polyandry. I do however believe in the simple truths. Mother Teresa quoted Gandhi who said he who serves the poor serves God. King Benjamin said the same thing. It's the same gospel. Martin Luther King taught that anyone can be great because anyone can serve. I agree. However, right now I'm just a tired old man and I lean towards Buddha who said If you can, help others. If you can't help them, do no harm to them.

Although I don't attend any church any more I still have a social conscience. I care about the things that matter. I don't care about the things that don't matter. I still remember the words of a wise old chef who rode a shovel head. When I was young he would take me aside, look me in the eye and say having kids was the best thing I ever did in life. I have to agree.