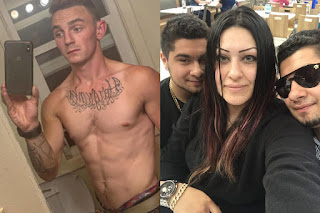 The Nanaimo bulletin is reporting that "Seyed Kourosh Miralinaghi and Seyed Kamran Miralinaghi, both 19, from Nanaimo, along with Shawn Alexander Kelly, 23, and Shermineh Sheri Ziaee, 36, both of Victoria, are each facing human trafficking charges that include receiving financial benefit knowing it was obtained from the commission of an offence."

They were pulled over in Saskatchewan. Sources claim that Shermineh Sheri Ziaee is Ali Ziaee's sister while Seyed Kourosh Miralinaghi and Seyed Kamran Miralinaghi are Ali Ziaee's nephews. I have yet to confirm that. However, Shermineh does look like the woman in the picture with Ali and Ziggy. People are now speculating as to whether or not she is the mystery lady caller tied to the Lindsey Buziak murder. The one that called and set up the viewing where she was murdered. 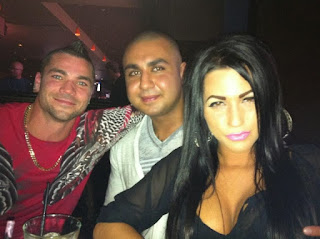 One unconfirmed theory is that Ziggy Matheson and Jason Zailo's brother Ryan were at the scene of the murder while Shermineh Ziaee called to set up the viewing on the burner phone.

The Saanich Police Department will not hand over Lindsay Buziak's file even though they are now part of the Integrated Major Crimes Unit despite the fact that they are no longer investigating the case. Things that make ya go hmmmmm. Dillon Sahota and Jarrod Nicol.

All this time I was under the impression that when Lindsay said she saw something she shouldn't have it was referring to the Calgary trip. Now I find out that is not the case. She was in Calgary when she said it meaning she was referring to here in BC on Vancouver Island. Money laundering in real estate tied to BC Rail perhaps? This podcast is an overview of the case. 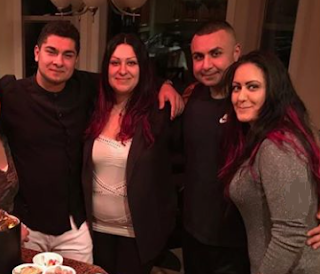 In the human trafficking bust, Kourosh and Kamran are the twin sons of Sheri Ziaee who is Ali's sister. That would make Ali the uncle of Kourosh and Kamran. February 6 2020 Sheri has a court date in Victoria to consult counsel on theft charges. Nadia was found guilty of fraud charges in Saanich on January 3rd 2019. Nadia and Sheri are both born in 1983 so I assume they're twins.

Seyed Kourosh Miralinagh already had a court date in Naniamo on February 11th 2020 to face charges of Procuring under 18 years, Advertise sexual services for consideration and Benefit from Sexual Services person under 18. He is charged with pimping minors. That is haram. 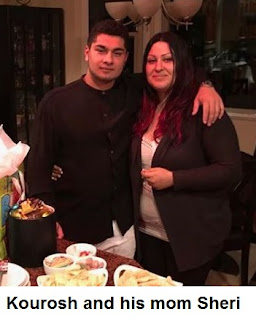 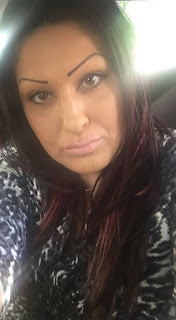