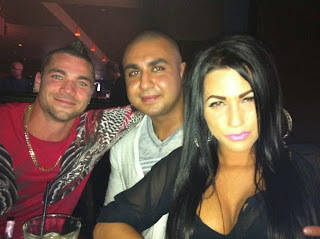 Kim Bolan is reporting on the CFSEU announcement that the police have laid charges against Ziggy Matheson and Ali Ziaee from the drug bust last June. Ali’s father was convicted of money laundering in Florida. Some of the money was laundered through the Italian bank account of a corporation Ziaee set up in Panama. Banks were bilked of more than $1 million. Ziggy is friends with Jason Zailo who was Lindsay Buziak's ex boyfriend. She was trying to leave him before she was murdered and he forgot to mention that part to Dateline.

Just for the record, last June when we reported on that top level drug bust on Vancouver Island we reported the names of the accused when no other media outlet picked it up. These charges confirm that our source was correct last June. I knew it was a credible source. I'm not sayin I told ya so. I'm just sayin to all the haters that trash me on Kim Bolan's blog, kiss my ass b*tch.