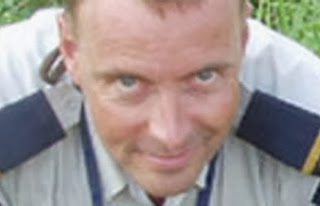 Evidently this news story is another example of how a Regional police force isn't necessarily the answer to all the many problems within the RCMP because other local forces seem to have the same problems. The Vancouver Province is reporting that West Vancouver’s mayor is promising to deal with a management crisis in his municipal police force after complaints of sexual and racial harassment, bullying, and punishment of whistleblowers. The allegations are found in a 2013 employee survey report.

We know that the New Westminster Police's use of force trainer was involved with a pretty bizarre drunken assault that was racially motivated. We know that Surrey IHIT had a problem with officers drinking and flirting with witnesses.

The class action sexual harassment suit against the RCMP and the fact that Don Ray is still employed with the RCMP is evidence that organization refuses to meet it's legal obligations to remove sexual harassment from the workplace. What I am interested in is Bill Fordy's response to the sexual harassment complaint against him and his coworkers on the Pickton file made by Catherine Gallagher. I understand at the Newton Crime meeting someone asked Fordy why it took the police so long to arrest Robert Pickton and he squirmed.

No doubt there are many more questions about the Pickton file and the sexual harassment claims Bill Fordy should be asked. Is Don Ray in Surrey? Did the new RCMP Headquarters in the Green timbers clear cut unilaterally impose an on site bar against the wishes of the public and against common sense dealing with the numerous complaints of drunk driving and alcohol related sexual harassment in the RCMP? Evidently there is an second ivory tower in Surrey.

Update: After front page coverage of this story the West Vancouver police chief resigned and the West Vancouver mayor said changes need to be made to address the concerns. Contrast that with Stephen Harper who responded to the RCMP class action suit by denying the allegations and slandering the whistle blowers.

Todd Mosher has since come forward claiming he was unjustly terminated from the West Vancouver Police department for being a whistle blower. The new Province article quotes the outgoing police Chief Const. Peter Lepine as claiming that an external investigation by arbitrator Vince Ready found Mosher’s “departure from this organization did not come as a result of retaliation.” However, that is not a true statement.

Vince Ready is a well respected arbitrator. He investigated the initial harassment complaint he didn't make a decision on the grievance. His grievance was denied because of a contested issue around disclosure of his personal file and time limits to file the grievance.