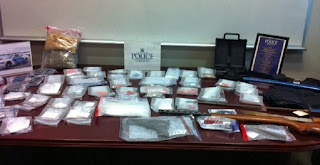 Operation Clean Sweep in Charlottetown PEI resulted resulted in 40 arrests last Thursday along with the seizure of cocaine, pharmaceutical opiates, methamphetamine and marijuana. Various weapons were also seized including handguns, a rifle, a sword, a machete and a collapsible baton. This is a list of people arrested. No afiliations have been mentioned. 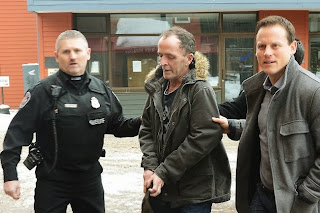 However, one of the guys arrested named Jeff Flynn has close ties to Bacchus and Charlottetown Harley club. He is a Hells Angels supporter. Not a big surprise. 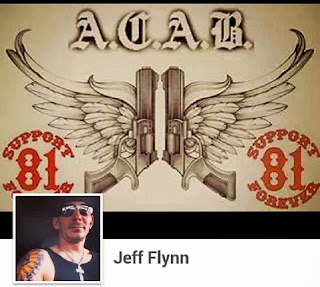 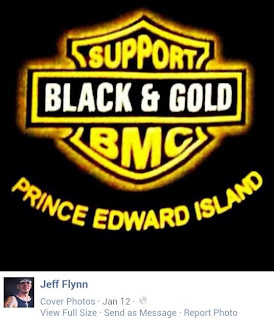 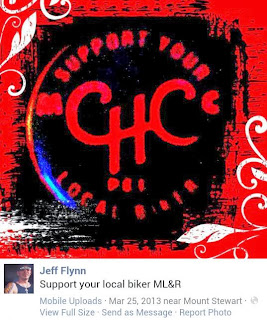 Jeff is part of a "recovery" club. 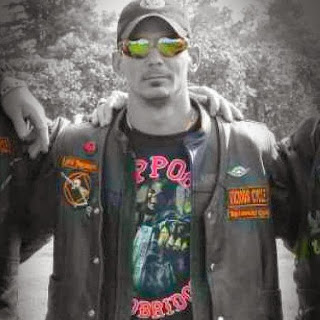 The sad thing is that Jeff has a really nice young family and that he's no doubt going to take the fall for the people that supplied him. So when he's convicted, the big red machine will continue business as usual. 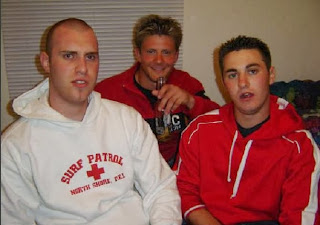 Tragically, one of the suspects arrested in this sweep is Jarred Dingwell who is the younger brother of Kyle and Dylan Dingwell. Previously we wrote about when Kyle was on a drug binge and was beating the tar out of Dylan again so Dylan pulled out a gun and shot him in self defense. Kyle is on the left in this picture with Jason Yeo in the middle. Jason is the drug dealer charged in that local home invasion. Jason Yeo was also posing in a picture with the son of the president of the Charlottetown Harley Club.

Steven frizzell is another name of suspects arrested. He was at one time kidnapped with Reggie MacDonald. A bunch of guys came over from Moncton and took them for drug debts. They were on their way to be delivered to the Hells Angels in Montreal. They were stopped before they made it to the PEI bridge. Getting people to sell drugs for them is another way the Hells Angels get people to work off their drug debts. It certainly isn't a happy life.