Person X implicated in the murder of Duane Meyer 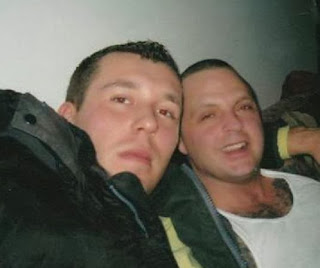 Interesting day at the Surrey Six trial today. I'm told Johnston's lawyer asked DY "Did you know your car was used by Person X in the murder of Duane Meyer?" Duane Meyer,. as we know was with the UN and was murdered May 8 2008. That's tragic. Remember Person X and Person Y got switched around. Seemingly, DY's Silver leased Porsche Cayenne was used by Person X in the murder of UN's Duane Meyer. The same car was taken to RG Auto Parts in Surrey to get a custom hidden compartment. This might have been where Jon Barber worked who was murdered May 9, 2008. He was driving Jamie Bacon's car and they got him instead.