When a murderer walks free 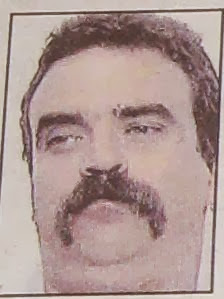 In 1993, Brian MacLeod, a full-patch member of the Satan's Choice murdered his ex girlfriend Eva Koral. MacLeod was sentenced to to life imprisonment, with no parole eligibility for 14 years. Now he's a free man. 14 years is not life. He received full parole in 2009.

The Toronto Sun reported that "MacLeod - a massive man at 6-foot-4 and 250 pounds - had returned to an Etobicoke bar on the West Mall called Papa Bear's where Eva Koral had remained following an argument. He slammed her head into the bar, grabbed her by the hair, punched her four times in the head, hauled her out to his awaiting tow truck, smashed her head into the driver's side, and then tossed her inside -- with no one in the tavern raising a finger to stop the assault, and no one even having the guts to make a simple 911 call."

His history of violent behaviour toward women made up a large portion of his criminal record. Eva Koral, a pretty Bell Canada switchboard operator, was found the next day. A clump of her hair had been ripped from her scalp as she was dragged across the roadway, her left thumb had been severed, and her skull had been fragmented from blunt-force trauma. She had been beaten to death with a J-hook and tow-truck chains. MacLeod pleaded guilty to second-degree murder. 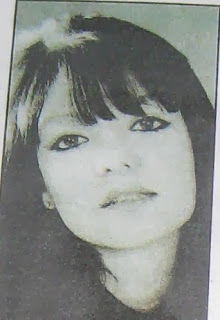 A disturbing case indeed. Slamming a woman's head into the bar, punching her in the head and dragging her by the hair then beating her to death with a J-hook and tow-truck chains. That's pretty deranged alright. Satan's Choice patched over to become Hells Angels in Ontario in 2001. 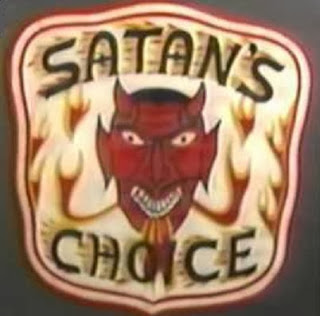 Grown men worshiping the devil is hard to comprehend. It'so juville. Then again, so is beating women. Don't get me started on the Nazi emblems. That's what we went war to fight against. 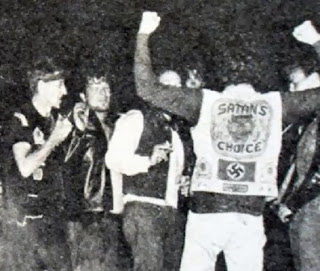