The sentencing of Norm Cocks and Rob Thomas 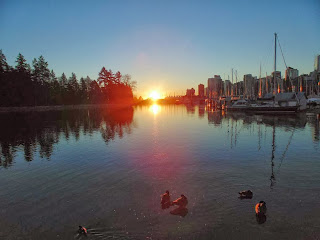 The fall of the Kelowna Hells Angels is going to require a book all on it's own and this chapter on the murder of Dain Philips is in itself a Shakespearean tragedy. I took the day off work today for the sentencing of the two Kelowna Hells Angels that pled guilty to murdering Dain Philips in Kelowna. I caught the sunrise at Stanley Park this morning beforehand and it reminded me of my trip to Kelowna for the Britney Irving trial. I have a lot to say about this one.

Norman Cocks looked like a preppy b*tch dressed is a suit with that gay ass gel in his hair. Robert Thomas on the other hand sported the orange prison jump suit and looked like a fat slob. A tragic statement of agreed facts was read out in court which Kim Bolan cited in yesterday's Vancouver Sun. The court accepted the joint submission asking for a 15 year sentence for manslaughter.

The tragedy is that this started off as a petty high school dispute that the Hells Angles had absolutely no business getting involved in. Norman Cocks was friends with a slimy piece of garbage named Daniel McRae. When you look at the picture of the two brothers Daniel and Matthew McRae, they look like scrawny preppy sleazebags. It's no wonder a petty sleazebag like Norm Cocks was close to them.

The McRae brothers didn't get along with Dain Philips' two sons. It's no wonder why. Dain's sons were wholesome, the McRae's were not. So Daniel sleazebag goes and brings his friend Norm Cocks into the dispute. "Don't screw with me, my friends are Hells Angels." A childish thing for anyone to say even a high school student. Well that's exactly what happened. Daniel brought Norm Cocks to intimidate one of the Philips brothers. Norm who is short but much stockier than Dain's son in High School punched Dain's son in the cheek and told him to tell his brother he was looking for him. Norman pointed to his Hells Angels tattoo and used the gang affiliation scare tactic.

No doubt Dain was upset a grown man in his thirties punched his son in the head over a trivial school yard spat. Dain went out looking for Norman and chased him in his car. Norman ran away from Dain. He was scared of him. Dain could have easily taken Norm one on one. This is where I will add an excerpt from the confession video that was shown in the voir dire. I won't add it now because the rest of the trial is still going on. However, when that trial is over I will boldly declare what Norm said that sunk his ship.

Suffice it to say Norm ran away from Dain and came back with Robert Thomas. He was supposed to meet Dain with the McRaes but didn't show up. He needed reinforcements. In the statement of agreed facts it said that Norman lived with his father and with Robert Thomas. Thomas' lawyer assured the court they were just friends and that it was more of a big brother type relationship. They weren't living common law. Norm called Thomas and asked if he was home. No was the reply. He then swore and said he needed him right now.

So after running away from Dain and after not showing up to meet Dain with the McRaes he finally showed up with Robert Thomas along with his father, baseball bats, hammers and the loser brothers. Thomas gets out of the truck holding up a baseball bat and a hammer and repeats three times to Dain So you want to F with the Hells Angels? Dain raises his hands in submission and Thomas cracks him in the leg with the bat. Dain stood strong. Then Thomas hit him again in the leg then in the head with the baseball bat. As Dain goes down, little rat bag weasel Norm Cocks jumps out of the car and hits Dain in the back of the head with a hammer. That's when all the other sorry misfits jump in and kick him to death. Jumping in to kick a guy when he's down is pathetic.

They say circumstances don't make the man they reveal him to himself. This circumstance has revealed Norm Cocks to be a sleazebag weasel. History has recorded that forever not just 15 years. That mark he will carry with himself for the rest of eternities into the after life.

The court read out a profound victim impact statement from Dain's wife. She said there is no parole for her family. They have been sentenced to life without Dain with no eligibility for parole. She went on to describe what an amazing man he was. He was the father of three children and grandfather to many more. She said she had suffered numerous illnesses in her life and he was always there to nurse her through them.

Obviously with the death of a loved one comes unbearable grief. Yet the shining light in this story is the character of Dain Philips and the life he led. Contrasting that to the pathetic lives of the two Hells Angels who murdered him was shocking. Here we had one great moral giant on one side, and two pathetic losers on the other. That is something they each will have to live with forever. Life does not end at death. Those two losers will carry their pathetic life with them into the eternities. That is justice.

Normally at a funeral it is customary to express one's condolences to the family and express remorse for their loss. Yet I am a bit worried about Dain's sons. Their wall of anger surrounding their tower of hate is concerning. No doubt they have experienced a profound loss. Yet they have to get over this small town rivalry. It reminds me of the Hatfields and the McKoys. How a silly rivalry can continue to fester for generations. I've lived in Belfast and in Jerusalem. I've seen the you kill one of ours and we kill one of yours philosophy. It leaves everyone blind.

I'm not saying they have to forgive the people who were responsible for the murder of their father. Not at all. I'm just concerned about the magnitude of their anger. They say anger is a secondary emotion we feel when we've been hurt or are afraid. No doubt they have been deeply hurt. Sorrow would be totally understandable. They clearly did not cause their father's death. The fact that the Hells Angels got involved was absurd.

What if Dain had fought back? What if Dain had stepped back when Thomas swung the bat and stepped forward after it passed? What if Dain disarmed Thomas and kicked his ass? They would have come back with guns and killed him along with his entire family. It was a no win situation. In the movie Gladiator the hero deeply missed his wife and child who were murdered. He had a firm belief that he would one day see them again. His friend agreed but reminded him not yet. Not yet. Dain made the ultimate sacrifice for his family. They need to take the ball and run with it. Peace. 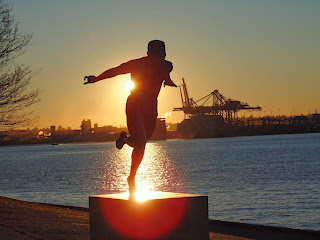 I will add that a $100 victim surcharge is rather astounding. $100 for murder? That's bizarre. No doubt Dain's widow could easily file a civil suit against the Hells Angels for wrong death and sue them for lost wages. That would be a little more appropriate.

Posted by Dennis Watson at 2:56 PM