Murder does not pay 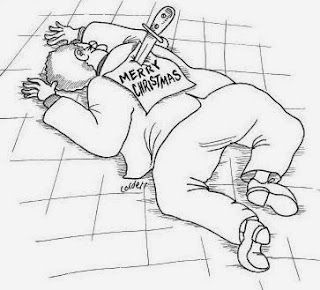 The recent conviction of two Kelowna Hells Angels for the murder of Daine Philips is a prime example of how murder does not pay. Two Hells Angels get caught murdering someone and what happens? The club turns their back on them rightfully so. It was pointless. The East Vancouver chapter was even accused of offering $5,000 to anyone who would beat their ass in prison. The other example is Joey Verma. Do you think anyone respects Joey for shooting a girl in the back? Nope. Do you think he has the backing of the person who got him to do the hit? Nope. He's screwed for life. It wasn't worth it.

There are four other examples too. Yves "Apache" Trudeau was a hitman for the Hells Angels. He turned informant. Why? Because the Hells Angels screwed him over like everyone else they do business with. They wiped out his chapter in the Lennoxville Massacre. He was missed because he was smart enough not to accept their invitation to a party. Had he showed up, they would have killed him too. That's gratitude for you. That's when he became an informant.

It's just like the Vancouver Christmas of 1995. The Hells Angels hired the murder of a police informant that caused a drug bust in their East Vancouver crack operation. They instructed the guy they hired to kill him and his wife to kill his co accused after they killed the couple. There was no loyalty or gratitude there. Just greed and betrayal. That's why Hells Angels hitmen flip. Because the club shafts them. Just like Gerald Gallant and Danny Kane.

People can argue about the death penalty until the cows come home. People can argue about locking someone up for 30 years or 300 years for murder. My point is preemptive. Murdering an innocent civilian or for greed is heinous. There is no honour in it. It just isn't worth it so don't do it.