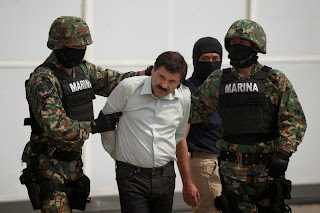 Meanwhile, back on the dark side, the New York Times is reporting that Joaquín Guzmán Loera "El Chapo" kingpin of the Mexican Sinaloa drug cartel was finally captured 13 years after his escape from prison. Since it has become clear that in Operation Fast and Furious the U.S. Government helped the Mexican Sinaloa drug cartel rise to power one has to wonder who this kingpin fell out of favor with. Perhaps he threatened to blow the whistle like Manuel Noriega did. Noriega was a fall guy for Iran contra. He was involved since Operation Watchtower which was confirmed by Colonel Edward P. Cutolo and means Noriega's incarceration was a farce. Just sayin. 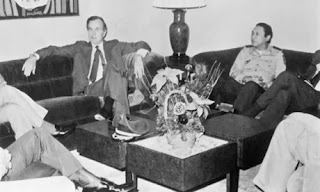