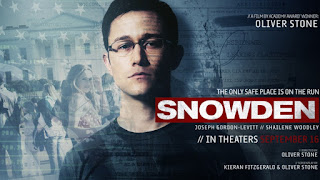 An interesting conspiracy theory has made its way into the Main Stream Media. CTV is reporting that "Two friends are sitting in a coffee shop, discussing what they might wear to an upcoming holiday party. One of the women mentions that she’s been eyeing a dress from a well-known fashion brand. On her way home an hour later, the other woman scrolls through Facebook on her phone and sees an ad for the same dress her friend had described. Sound familiar?"

"If you type 'Are Facebook and Instagram listening to me?' into a search browser, you’ll find reams of articles, blog posts and podcasts, all speculating that social media apps are using the microphones on personal tech devices to listen in on conversations, then serving up ads based on what they hear. How else to explain an ad for tents popping up in your Facebook feed after casually mentioning to your partner that you two should go camping next summer?"

I had never heard of this until someone recently told me they had the exact same experience. Obviously Facebook denies it is listening to people's private conversation through their cell phones but we have to ask, why are all these people experiencing the same thing? They talk about something in a private conversations then they start seeing adds involving the topics they were talking about in their private conversations appear on their facebook.

We all know that the NSA listens in on private conversations through cell phone microphones. That was revealed by Edward Snowden and accurately depicted in the Snowden movie. While working for the NSA, Snowden was shown how to use a search engine to search for people using specific keywords in their private conversations. When he asked what people the search engine database was searching he was told, the whole kingdom Snow White. Everyone.

To think that businesses would be using that technology to advertise is somewhat disturbing. Yet it is somewhat difficult to explain the reoccurring coincidences. Here's the kicker: Facebook owns Instagram. Conspiracy Theorists Claim Mark Zuckerberg Is David Rockefeller’s Grandson.