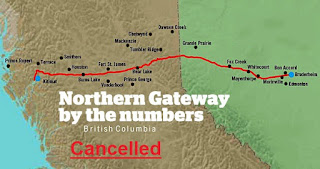 Although the entire debate is really silly, I will comment on it since it does effect our economic interests. In essence John Horgan started it because he said his government intends on restricting the amount of oil that passes through the pipeline. That's kind of dumb but also does reflect a valid concern. No one wants an oil spill. It damages the environment and wastes money. Protecting the environment is important but economic growth is a part of the real world we live in. 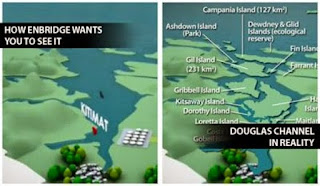 The Trans Mountain Pipeline expansion is simply twinning an existing pipeline. That is the best possible model. Twinning an existing pipeline is far less invasive than cutting a new pipeline through old growth forests. That is what they originally intended on doing. This new proposal is a fair and logical compromise. I agree with Justin Trudeau on that issue. Trudeau said no to the Northern Gateway project which involved cutting a new pipeline through an old growth forest and approved the Trans Mountain Pipeline expansion which was simply twinning the existing pipeline. That made sense. Navigating tankers through the Douglas channel was foolish.

People get stuck in the oppose the pipeline mindset and forget environmentalists successfully defeated the the Northern Gateway project. There will be no new pipeline cutting through old growth forests. A lot of extremists simply protest anything and everything. In their mind their is no compromise and they refuse to listen to anyone else's opinion but their own.

A trade war between BC and Alberta is silly. This isn't about BC voters against Alberta voters. It's about Canadian voters against extremists who refuse to compromise and refuse to listen to anyone else but themselves. We want Alberta beef. We want Alberta oil. We want to support Canadian products. We hope Alberta wants BC wine. It's a good local product. We all want to make some money so we can feed our families.

Has there ever been an oil spill in the existing pipeline? I am not aware of any. Obviously we don't want to pump oil through the pipeline at a dangerous rate that would make a potential oil spill far reaching. It's like we all want to drive on the freeway but driving at 300 miles an hour isn't safe.

Yet none of us want to pay $5.00 a litre for gas. Lately there has been a lot of talk about price fixing in the local bread industry and how bad that is. Why then is no one talking about how bad price fixing is in the local oil industry. In Canada we do not have a free market in the oil industry. We have a corporate monopoly owned by Communist China.

Some argue that this pipeline isn't for domestic consumption, it's for foreign markets which isn't necessarily a bad thing. Since Communist China now own the monopoly on our oil, local consumers ask, why does China pay less for the oil than we do? That is a valid question. The answer is because Stephen Harper gave that monopoly to Communist China. We should take back that monopoly by Nationalizing our oil the same way Norway did. That would be in everyone's best interest. We can keep all the Canadian contractors. The only difference is that the provincial governments would own the profits from the oil monopoly not Communist China. 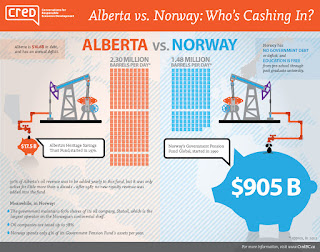 Update: Apparently there have been a few oil spills in the current pipeline.

Since it's an underground pipeline, the spill appears to have been from when construction mistakenly ruptured the pipeline.