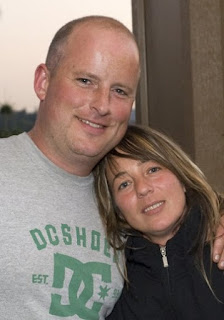 CBC is reporting that "A B.C. judge has dismissed a claim for damages from Lisa Dudley's mother, saying she was out of time under the statute of limitations. Rosemarie Surakka alleges her daughter died because of negligence by an RCMP officer who went to check up on a report of shots fired in Mission, B.C,. on Sept.18, 2008, but didn't get out of his car or interview neighbours. Four days later, Dudley was found alive but later died. Her partner, Guthrie McKay, was already dead at the scene." This case is one complete tragedy.

The first thing I'd like to point out is that the police did not shoot Lisa. Police received a call of shots fired. A single cop is sent to investigate and doesn't even get out of his car. That's two mistakes right there. They should have sent more than one officer and he should have got out of his car and knocked on the door. Had he got out of his car he might have noticed signs of a forced entry requiring further investigation. He might not have.

There is no doubt that if the officer knew there was any victims let alone a living victim, he would have called it in. To think that she was tied to a chair and mortally wounded for four days before she died is absolutely heart breaking. Jack Woodruff, the guy that shot her, is a complete piece of garbage with a history of violence against women.

Contract law is pretty cut and dry when it comes to time limits. Yet the judge does have discretionary powers to hear a complaint filed after the time limits has expired. This is one case where they should have. The mother did not have legal council at the time and had no idea she could sue for negligence while she was grieving and obviously had no prior knowledge of any time limit restriction. The intent of the law would allow this application to proceed.