BC unveils rules on pot 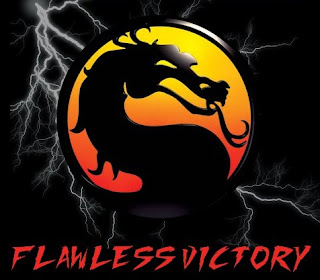 Well the BC NDP hit it out of the park when they came up with their pot rules for when pot is legalized July 1st. Their policy represents a flawless victory. CBC is reporting that: "liquor stores will not be allowed to sell cannabis, with the B.C Liquor Distribution Branch (LDB) creating and operating a new standalone network of public retail stores."

"The legal age of possession will be 19, with adults allowed to possess up to 30 grams of non-medical cannabis. Other important details include the following: Cannabis will not be allowed inside vehicles (unless in a sealed package or an inaccessible place) and those caught driving while impaired will be given a 90-day prohibition."

"Adults will be allowed to grow up to four cannabis plants per household, but they may not be visible from public spaces, and landlords and strata councils will have the right to ban cultivation. Smoking and vaping of non-medical cannabis will be banned in beaches, parks, playgrounds and other places frequented by children, according to the government."

Although it's not a big deal, I agree and personally rather not see pot sold in existing liquor stores. I don't smoke pot, like pot and didn't support the legalization of pot. That's why I rather it be sold in separate stand alone pot shops. That way I don't have to see or smell it. If I'm picking up a nice bottle of wine with diner, I rather not have to see all that stuff.

Some activists expressed concern about the government's policy to give landlords and strata corporations the authority to restrict or ban cultivation. I think that is more than fair. A landlord has the right to say no smoking and no pot growing in their premises.

One of the biggest problems we are going to face with pot legalization is all these cocky potheads blowing smoke in people's faces. That is rude when smokers do it with cigarette smoke and it is worse when pot smokers do it with pot smoke. Smoking anything is bad for you. That's why the leading cause of death in house fires is smoke inhalation. Pot smoking has to be banned where ever cigarette smoking is banned.

Allowing existing pot shops to continue as long as they get licensed is ideal. I support the free market model as opposed to the Communist model. However, the cost of licensing shouldn't be too expensive or else small business couldn't get in. Keep the licensing fees low and collect a tax on sales. That's fair for everyone.

Here's the kicker: Should members of the Hells Angels or people with prior pot convictions be allowed to get a licence? Why not? People said legalizing pot will get organized crime out of the business. My response was no it will not. It will simply make it impossible for the police to arrest them. However, the point is, why should the police arrest Hells Angels for growing or selling pot? They shouldn't. They should arrest them for selling crack or fentanyl. If the Hells Angels can make money off the sale of pot have at it. The concern I have always had was trading all that BC Bud in the US for cocaine and bringing it back here to be sold as crack. That was simply greed.