What is the sound of one hand clapping? 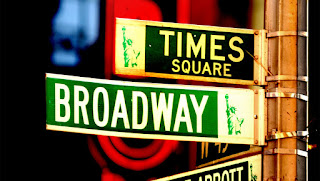 As I shut down all my social media and go off the grid to start working on my next book I just wanted to pause for a moment to set the stage and let everyone know what the book will be about and where this blog will be going. As I previously said, I have found my own way.

At first I was a bit unsure about the reason behind the Aging Rebel's disdain for the ATF. Now I know why. Dirty cops are worse than bikers who sell crack. The ATF's legal obsession to tear up the US Constitution and seize the Mongols patch concerns me. I oppose that obsession.

When I first started this blog I was a lone voice in the wilderness preaching Gary Webb. Then all of a sudden one of the Avengers put out a movie about the Gary Webb story called Kill the Messenger. Shortly after that Freeway Ricky stepped up to the plate and put out a documentary confirming the Gary Webb story and highlighted corruption within the DEA.

The CIA is a far worse criminal organization then the Hells Angels ever have been and the ATF are at the root of it. My book will be confronting the ATF and their predisposition for corruption not the Hells Angels. It will remix the old ideals of Zen and the Art of Motorcycle Maintenance along my own journey across Canada and the US inviting people to ask questions and think for themselves so they can see through the Corporate propaganda that engulfs us.

Gentlemen may cry peace peace but there is no peace. The war is already begun.

Kill the Messenger and Freeway: Crack in the System are now both on Netflix.