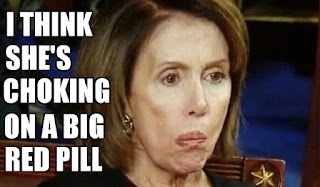 Bloody Hell give it a rest. Michael Smyth campaigned for Dianne Watts and lost. Get over it. Stop flooding the MSM with bullsh*t. In yesterday's paper Michael Lapdog Smyth asked how can a 60 year old white man win the ethnic vote. AYFKM? His client is a 58 year old white woman. At least Andy doesn't die his hair and do Botox. That's because he is comfortable with who he is.

Mikey makes a big deal about the fact that Andrew Wilkinson left the celebrations relatively early so he could get up early the next morning and get straight to work. That was a good thing. He is a hard worker. At least he didn't stay up late at a drunken gala and run a red light on the way home T-boning another vehicle then lie about it. We need more leadership from leaders not more drunken partying. What was Dianne Watt's claim to fame after she was elected a MP for Harper? She built a new office and didn't show up for work for six months. At least Dianne Watts was able to feign a graceful defeat. Too bad her lapdog couldn't.

In today's paper the Vancouver Sun / Province is reporting that "Newly minted B.C. Liberal Leader Andrew Wilkinson acknowledged Monday that affordability is probably the unifying issue in British Columbia. Not paying enough attention to this issue - particularly as it relates to housing - is one of the elements blamed for the B.C. Liberals’ loss in the provincial election last year under then-leader Christy Clark." Fair enough. He even suggests tax incentives for the construction of rental housing. That is a good idea.

"Wilkinson stressed the need to listen to the public, and particularly to be sensitive to regional needs and interests. It’s time to be tuned to what the public sentiment is. That’s going to be critical to what we do." Well wait 'till I tell ye.

Remember the Ron Paul revolution? Well we need a Common Sense Revolution. In today's paper some lunatic wrote in and said "What utter nonsense new B.C. Liberal leader Andrew Wilkinson uttered regarding his party not wanting to spend our children’s money or to leave them with debts because of this generation’s spending." This is why smoking crack is bad for you. What Andrew Wilkinson said was true. It represents common sense. Something that even Thomas Mulcair from the Federal NDP was able to understand even though Justin Trudeau can't.

Leaving our children unnecessary debt from reckless spending is irresponsible. We want our government to balance the budget and lower taxes. That is in everyone's best interest. The problem is, everyone says they're going to do that when they don't.

Brian Mulroney was a pork barrel politician. He slashed the budget in some areas and then turned around and was obscenely reckless with tax dollars when it came to giving his friends contracts just like Stephen Harper and Gordon Campbell did. When Micheal Smyth was campaigning for Dianne Watts this round he lied and said Dianne Watts wants to be a tax-fighter for the little guy. Gag. For those of us who know her know that is a bold faced lie just like when Alex Tsakumis was campaigning for her. Micheal Smyth's comments are so offensive to those of us who live in Surrey because we know they are a bold faced lie. You can fool some of the people some of the time but you can't fool all of the people all of the time.

When Dianne Watts was mayor of Surrey she left us in record debt. She was a junket queen on the Mayors glutton council that stayed up late at night thinking up new ways to tax people and spend their money. She wanted to toll every bridge under the sun.

Here's the stereotype that we must be able to see through. They keep saying the NDP will tax and spend but they are the worse offenders. When the NDP were elected they lowered taxes by removing bridge tolls. That saw a change in traffic pattern flows which in turn made replacing the Massey Tunnel unnecessary. So not only did the NDP lower taxes by removing bridge tolls, they also saved an additional 2.5 billion tax dollars though fiscal restraint.

The need to replace the George Massey tunnel was a fraud. It did not need to be replaced and the residents of Richmond didn't want it replaced. The only reason they wanted it replace was so that their campaign contributors at the Surrey docks could dredge the river and load more coal on their ships to China. Coal is dirty. LGN is clean burning. Spending billions of tax dollars so a handful of insiders could make some money at the taxpayers expense was bad business.

That's Richmond, now lets look at Surrey. No one in Surrey wants an on ground train running down 104th avenue from Surrey Pace mall to Guildford reverting 104th Avenue to a single lane of traffic in either direction. We don't want it. It will be an infrastructure nightmare. It will also be a colossal waste of money. Spending billions of tax dollars on something we dont want, that will create traffic gridlock so SNC-Lavalin, the dirties construction company on the planet can under bid and over charge yet another government contract. That is corruption.

Gordon Campbell fell because of his arrogance and his pork barrel insider trading politics. Let's hope Andrew Wilkinson can learn from that. We need someone who can walk the walk not just talk the talk of fiscal responsibility. We need fiscal restraint.

People who drive cars prefer SkyTrain because SkyTrain does not impede traffic. People who drive cars should have a say because they pay an extra billion dollars a year in region Gas Tax to fund Translink. No private company would be allowed to run a billion dollars over budget ever year then keep expanding on top of that. Translink needs to be fixed before it is expanded. If you want to extend Skytrain to Newton, then have at it but we do not need or want an on ground train to Guildford. Save our money for something else like the Pattullo Bridge.

Edmonton LRT is a bad model

LRT for Surrey is a bad idea