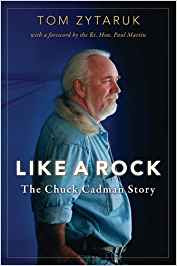 Keith Fraser is reporting on the trial of a 16 year old kid charged with shooting Samson Serjohn in Burnaby November 2016. The accused was someone Samson knew enough for his girlfriend not to suspect anything when he showed up at their townhouse.

"On Jan. 5, 2017, the accused was arrested in Surrey by members of the Burnaby RCMP for the attempted murder of Serjohn. At the time of his arrest he was found to be in possession of a Glock pistol that was later forensically linked to the Burnaby shooting and a second shooting a month later in Vancouver for which the accused also faces charges."

"The Crown’s theory is that before the second shooting the accused had spoken by phone to a youth charged in the murder of a man at Burnaby in September 2014. The accused allegedly conspired to murder Khurram Dar, a witness who was at the scene of the fatal shooting of Aladdin Ramadan."

"On Dec. 20, 2016, the accused is alleged to have gone to Dar’s home in the 2200-block Hermon Drive in Vancouver. When the accused arrived at the home and knocked on the door, it was answered by Dar’s mother, Hamara Jat, according to the Crown. After being told that Dar was not home, the accused allegedly shot the mother multiple times at close range, severing her spinal cord and leaving her paralyzed from the chest down." That is messed up.

OK so a 16 year old was charged with the fatal shooting of Aladdin Ramadan at Brentwood Mall in Burnaby, Sept 2014. A 16 year old was later charged with conspiring to murder a witness in that shooting and shot the witness' mother instead. Jesse Cadman lobbied for changes to the young offenders act. One of those changes was for youth who committed violent crime like murder, could be tried as an adult. The other change was that they could also be named. This kid needs to be named in the interest of public safety.