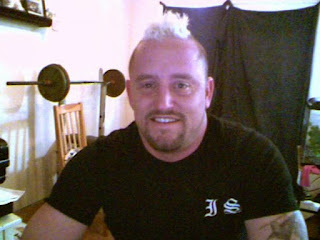 The fro ho is in the news again. Castanet is reporting that "On Monday, McWhirter pleaded guilty to possession of methamphetamine and MDMA for the purpose of trafficking, along with unlawful possession of a shotgun and rifle while he was prohibited. Police said at the that time three large boxes of clothing with the Independent Soldiers logo was found in a Lake Country house in connection with the arrest. McWhirter will be back in court on May 28 for a three-day sentencing hearing." What do you think the odds are that the sniveling little rat faced git gets off again?

Initially Castanet reported that the POS and his rock throwing jailbait GF were caught with half a kilo of crystal meth, half a kilo of MDMA powder and just under 6,000 ecstasy pills. Remember when he got his ass kicked at the Liquid Zoo? In 2012 Flysh*t pleaded guilty to assault in his sexual assault case. It was a K file which means domestic assault. He beat up a girl.

He was initially charged with sexual assault but copped a plea to common assault. This is an exert from a letter Joey Verma sent him from prison. Way to pick 'em teletubbies.

Check the serial numbers on the rifle and shotgun. They were probably Joey's. Joey was the hunter. There's not a snowballs chance in hell anyone from the club would give that idiot a gun. It was probably the same shotgun used to kill Britney Irving. Meth Head. My offer stands. 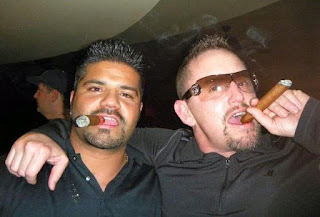