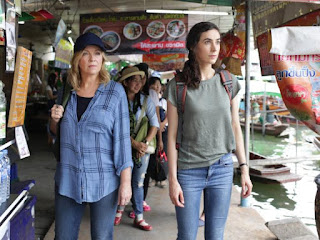 There's been a flurry of new news and I just wanted give a brief overview since older posts quickly get buried on the blog. The big news is Kim Bolan's report on the Kevin LeClair murder trial. The defense lawyer claims the crown witnesses are lying to save their own skins and that is clearly true. The defense has successfully established that the crown witnesses have no credibility because they keep changing their story and their current claims contradict the evidence. The only real witness saw two shooters. The one that opened up fire with an automatic assault rifle was much larger and more muscular than the other. That doesn't fit Corey's description. That fits K-9's description. It wasn't Corey. The crown witnesses are lying again.

The shooting at the Quebec courthouse was outrageous. Five officers couldn't control a very mild scuffle with one kid and the officer that was choking the kid pulls out a gun and shoots the kid in the head all caught on video. The officers dragged the kid into a side room because they knew they were being filmed. That was obscene.

The local gas fraud is out of control along with the news of the current ICBC fraud. This kind of corruption needs to be addressed becaue it is exactly what caused the Greek financial crisis.

Two Toronto cops called 911 after they chowed down on pot edibles they seized in a raid.

Legalizing all drugs is the wrong road. That is not the Portugal model.

There was a fatal shooting at a known drug house in Chilliwack on January 31st.

A Surrey man was shot in Richmond Thursday night.

Russia's Olympic ban has been lifted so hopefully we'll see them on the ice during the Olympics.

The Honduras police chief assisted a cartel leader deliver a ton of cocaine.

I posted the real story about Dianne Watts and Rich Coleman.

Ian Mulgrew wrote about the corruption case Dianne Watts hid when she was mayor.

The Trans Mountain Pipeline is a fair compromise.

Wanted is a great Australian TV series on Netflix. Season 2 starts off in Thailand.

The Good Place is another great TV series on Netflix. It is light and funny.

Alex Caine made the big screen in Quebec

Posted by Dennis Watson at 3:06 PM