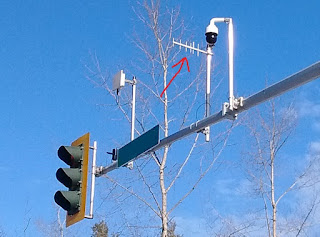 Let's give it up for the Toronto Star yo. The Toronto Star is reporting that: "Documents that took more than two years to obtain show that Toronto police have used an IMSI catcher, also known as a Stingray, in investigations ranging from a major drug and gun case to a bank robbery."

"After denying use of the controversial technology, documents obtained by the Star show that the Toronto Police Service has used the cellphone data-capturing device known as an IMSI catcher, or Stingray, in five separate investigations. IMSI catchers capture identifying data from all mobile devices being used in a given location - including, in the context of a police investigation, the data of innocent citizens in the vicinity of the target."

"In December 2015, a Toronto police spokesperson told the Star: 'We do not use the Stingray technology and do not have one of the units.' The documents, which took more than two years to obtain through an access-to-information request and subsequent appeal with the province’s information commissioner, say otherwise. They show that Toronto police used the technology in investigations ranging from a major drug and gun case to a bank robbery to a missing person case, starting in 2010." Now that's investigative journalism.

The Toronto Star had to appeal a freedom of information act request to acquire the documents that proved the police were lying to the public. Big surprise. Kinda like how I had to appeal to the Chief Justice to get a copy of the Pickton transcript covering Dianne Rock's story of being gang raped on the Pickton farm after the publication ban had been lifted. Investigative journalism is more than simply printing every press release the police and CSIS send out. It requires doing some digging to find out if the press releases are true or false.

This Toronto Star report brings us back to BC. If the Toronto Police are lying about using Stingray surveillance, what are the BC Police lying about? They can use those f*cking antennas to listen to your private conversations that aren't even on the phone through your cell phone microphones.

Last year I said hey look everyone, they put up a stingray surveillance antenna outside my house. Some claimed that was just a Yagi antenna not a stingray surveillance and I said WTF do you think that Yagi antenna is connected to? It's the exact same antenna they have outside the East Vancouver courthouse monitoring all cell phone communication there.

Then three months later I'm walking past Surrey Petrial and see the same Stingray Surveillance antenna outside Surrey Pretrial. What the hell do you think that antenna is connected to? 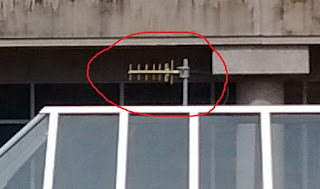 When I was at the Vancouver courthouse covering the John Nuttall trial I was standing beside a reporter who asked me to call them on my cell so they could have my cell number. When I called them it said my call was being rerouted through New Westminster. I checked the number and said yes, that's me. When they reroute a number they have access to encrypted transmissions.

The Snowden movie is now on Netflix. Give it up for Ed Snowden yo. 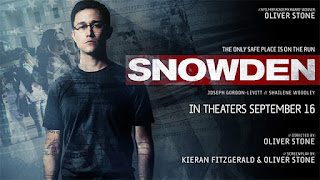