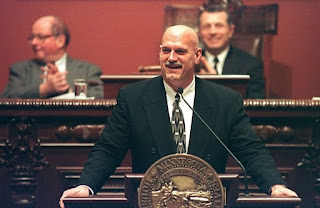 It is always astounding to see the sensationalism and hype that plagues the Main Stream Media especially in the United States. The latest mob frenzy was around a questionable query about Facebook. The media ran with an absurd story claiming Cambridge Analytica hijacked our online data to help elect Donald Trump. First it was Russia, now it's England. GMAFB.

How stupid do you think we really are? The source of this absurd frenzy is found when Jesse Ventura was elected governor of Minnesota. Jesse Ventura was a wild card. When he was elected he was taken to the basement of the capital to be interviewed by 23 members of the CIA. What did they want? They wanted to know how he pulled it off. How did he win the election. His first question nailed it. He asked them what is the CIA doing operating in the USA when that is out of their jurisdiction. More importantly what is the CIA doing meddling in a US election?

As I've previously stated, I don't like Donald Trump. I think he is a dick and I oppose his position on immigration. I didn't like Hillary Clinton either because of her long time ties to CIA drug trafficking out of Mena Arkansas and her authoring Operation Fast and Furious. As an impartial observer it is obvious the CIA wanted Hillary elected and didn't want Trump elected.

The CIA wanted Hillary elected because of her long time ties to arms dealing and drug trafficking. It had nothing to do with supporting immigration. Consequently all this absurd nonsense about Russia or England hacking the election has become ridiculous. The bottom line is that the CIA fears social media for the same reason every other dictator obsessed with removing civl liberty does. Facebook is a tool and like the internet it can be used for good or evil.

Donald Trump's Twitter fire has helped open up communication from the head of state. Justin Trudeau uses Twitter as well as Facebook. Granted his Tweets aren't as wild and crazy as Donald Trumps but social media does help officials get information out to the public. Even the Dalai Lama uses Facebook and Twitter now. Justin Trudeau states that his party is not turning it's back on social media in future campaigns. Everyone pays to advertise on Google and Facebook.

I deleted my Facebook because I wanted to go off the grid. Consequently I have lost touch with many old friends scattered all over the world. C'est la vie. We all manage our time as we choose.