The Meaning of Easter 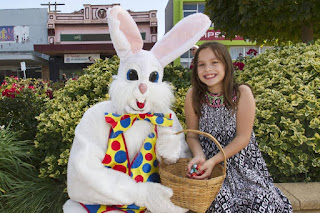 Easter means different things to different people. For some Easter doesn't mean anything. For others it's a religious holiday but for kids in North America the excitement and anticipation of finding chocolate Easter eggs delivered by the Easter Bunny is a shadow of the excitement Santa brings at Christmas. You can't really dispute kids having fun. However, it's sad to hear of kids that grew up in poor areas of some Christian countries that celebrate Christmas but have never received a present on Christmas. That is indeed heartbreaking. We take so much for granted.

When I was young a Punjabi friend asked me about Easter. It was Good Friday and she said, if Friday was the day Jesus was killed, why do Christians call it good? I looked at her and just said it's kind of hard to explain. Through Christ's sacrifice we will all be resurrected and judged.

Christians believe Christ died for us on our behalf. They believe his sacrifice paid a debt we were unable to pay. It's kind of like trying to get on a bus without any bus fare. The driver says pay your fare but you have none and say I can't. Then you have to get off the bus he says. Someone else hears your dilemma and says I will pay his fare for him. Fair enough says the bus driver. You may proceed. Now there are a multitude of different kinds of Christians - Catholic, Protestant, Born Again. I don't believe that confessing Jesus is good enough to get us into heaven. I believe that is the first step. The Devil knows who Jesus is and that knowledge does not save him.

Christ said as ye sow, so shall ye reap. It's difficult to comprehend the magnitude of the pain Christ experienced in the atonement. It caused him to tremble and bleed at every pore. Mel Gibson directed a brutally graphic rendition of Christ's suffering in the Passion of Christ. Christ was no wimp. He was able to endure what the rest of us were not able to.

For Catholics, there is a huge build up to Easter called Lent. A lot of people give something up for Lent as a token of the principle of sacrifice. I attended a meaningful Maundy Thursday service in the United Church once where they washed each other's feet symbolic of when Christ washed his disciples feet at the Last Supper before his betrayal and arrest.

I remember when the Pope washed the feet of 10 young men and two young girls including two Muslims in prison on Maundy Thursday once. That was impressive. Christ taught about service. Martin Luther King said Everybody can be great because anybody can serve. 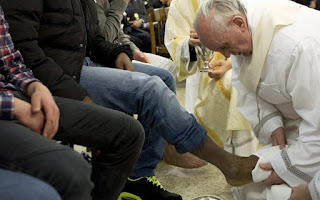 Talking about religion now seems so retro. It's not taught in the home any more. It's certainly not taught in the schools. When we lose our traditions we become diminished. I'm not celebrating Easter this year, religious or secular, but I will salute the holy day so I will and I will bow in reverence of the magnitude of that great sacrifice. Salam alaikum. Shalom aleikhem.

So is the new Laura Croft in the new Tomb Raider movie.