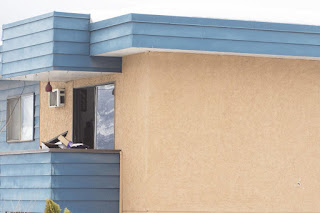 The Salmon Arm Observer is reporting that "The Salmon Arm RCMP are searching for the suspects who fired a gun at an apartment unit early this morning. At approximately 2:30 a.m. the RCMP received a call complaining shots were fired at a building on First Ave. SW. After arriving on the scene, officers confirmed multiple shots had been fired at an apartment unit, hitting an exterior wall and passing through a window. Two individuals were seen fleeing the scene in a light-coloured compact car."

"No one was injured. RCMP investigators spoke with the individual believed to be the intended target of the shooters. They believe the incident was targeted and related to the local drug trade."