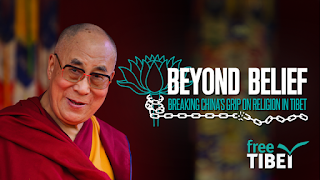 The president of China just removed term limits making him king of the Communist dictatorship and just announced Beijing is ready to fight a bloody battle against all it's enemies. Do you think it's finally time to break their corporate monopoly on Canad'as oil? Do you think it might be time for us to stop funding the military expansion of a Communist state that murders political prisoners to order for organ harvesting every time we fill up with gas at the pump?

ABC is reporting that "Human rights lawyer Yu Wensheng did the unthinkable in Xi Jinping's China. In an open letter, last October he criticised the President's "totalitarian rule" and called for immediate political reform and democracy. The next day, as he was walking his son to school, he was detained by a squad of security police and man-handled into a van. His wife, Xu Yan, hasn't seen him since." There is nothing democratic about these draconian reforms in China.

The Guardian is reporting that "China has confirmed plans to merge its state television and radio stations to create a new broadcaster that will be one of the largest propaganda platforms in the world." Can we not see where this is going? Letting that evil profit from our oil is insane.