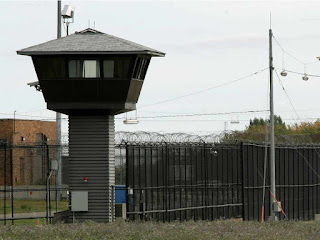 CBC is reporting that Edmonton Prison guards have been hit with a sexual harassment lawsuit similar to the many class actions lawsuits at the RCMP. This lawsuit claims that four female prison guards have filed a class action lawsuit against six male prison guards claiming that the Edmonton prison "is a workplace rife with discrimination, harassment, bullying, abuse of authority and sexual assault. The four plaintiffs detail repeated failed attempts to get help or protection from management or the union, alleging some of the biggest abusers all had prominent positions in the union and for the most part still do."

In November 2016 the National Post reported that "An Edmonton Institution inmate alleges he was intentionally shot in the testicles with a rubber bullet during a weekend lockdown as retribution for his part in a $5.6-million lawsuit against the Attorney General of Canada."

It's interesting Edmonton has been singled out again. When it come to investigating organized crime, locals believe the EPS is compromised just like the BC Gang Task force after they disbanded the OMGU. That's why all the gang busts in Alberta are from ALERT. Perhaps we should contract out our gang enforcement in BC to them. At least they will do the job.