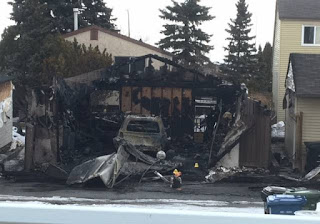 Global is reporting that "A Calgary police officer was shot Tuesday and one suspect is dead after what started as a convenience store robbery turned into an attempted carjacking, then a break-in in the northeast community of Abbeydale. Police said the suspect carried a gun and opened fire before running into a neighbourhood garage when officers tried to arrest him. The Calgary Police Service (CPS) said the injured officer, a five-year member, is recovering in stable condition at the Foothills hospital. Sources have identified the officer as Jordan Forget."