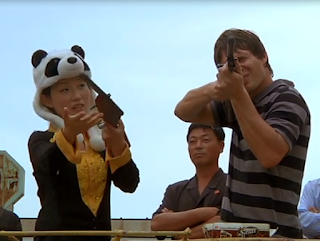 I mentioned that I was excited to see Season three of the TV series Departures is now on Netflix. They went to Russia, Australia, Rwanda, Vietnam and even North Korea. Their trip to North Korea or DPRNK was amazing. It is dividend into two parts Episode 12 and Episode 13.

At first everyone was a bit nervous because they didn't want to say or do something that offended the host country. After it became clear that the intent of the visit was not to portray the DPRNK in a bad light but to sincerely see and experience some of their culture and traditions, their guides started to feel more at ease as well. It was magnificent.

They didn't ask about religious freedom, free speech or lawful assembly. They just went to see what they were willing to share with them. The Korean people love music. That is something we can all appreciate. In Vancouver we host a magnificent display of Chinese culture called Shen Yun. Seemingly North Korea has a similar magnificent display of local culture. We should welcome that display to come to Vancouver. I also think we should do trade with North Korea.

If we can do trade with China we can do trade with North Korea. The Olympics in South Korea went well and it's time to move forward. It's like the absurdity of the Helms Burton law. We may disagree with their ideology but why would we intentionally try and sabotage their social experiment? If we genuinely care about all people we would want to help lift their standard of living too. We don't want to see anyone starve. Regardless of their politics. 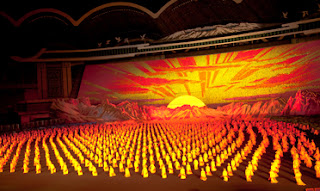 We should still do business with China. I object to them owning our oil rights just as I object to Canadian Corporations owning the mining rights in Columbia. That's just not right.