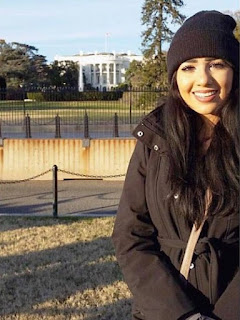 A 22 year old woman named Nadia El-Dib was found murdered in Calgary March 25th. Police issued an arrest warrant for her boyfriend, Abderrahmane (Adam) Bettahar for her murder. CBC is reporting that he was killed in a shootout with police west of Edmonton Thursday March 29th. Nadia was described by her sister as the light of the family.