9/11 Victims Family Members’ Lawsuit Against the CIA Can Proceed 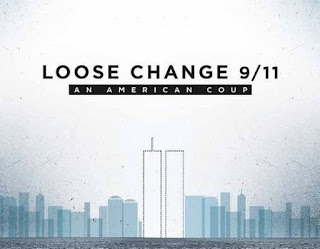 The Independent is reporting that a U.S. judge has ruled that family members of 9/11 victims can proceed with lawsuits against Saudi Arabia for 9/11. Welcome to the Twilight Zone. First we were told that Afghanistan was responsible for 9/11. Now it's Saudi Arabia. Despite the fact that an employee at the Passport office denied the Saudi visas and the CIA overruled him. That means the CIA is legally liable for 9/11 not Saudi Arabia.

9/11 was a horrific event. Loose Change 9/11 is an excellent documentary about 9/11 that described just what Operation Northwoods really was. 9/11: Explosive Evidence is an excellent documentary discussing the thermite found in the 9/11 ruble which is exactly what is used in controlled demolitions and explains the molten metal. Saudi Arabia did not plant explosives on the load bearing beams in all three towers. Someone else did.

This is the second time a US court has embraced a fraud surrounding 9/11. The Twin Towers were half full of asbestos. The Port Authority lost a court case requiring the insurance companies to pay for the asbestos removal May 2001. Larry Silverstein bought the WTC after the Port Authority was denied a permit to demolish the towers knowing full well about the costs of asbestos removal July 24th 2001 and insured it against terrorist attacks six weeks before 9/11.

After 9/11 Larry Silverstein and the Port Authority sued the insurance companies for double the value of the towers and won claiming that 9/11 constituent two terrorist attacks since two planes hit the twin towers. That's like getting paid double the value of your car because it was destroyed in a three car accident. That decision was fraudulent. If you insure something you insure it for the replacement cost not twice it's value. The timetable of events leading up to 9/11 is concerning.

The Independent is reporting that "Saudi Arabia had long enjoyed broad immunity from 9/11 lawsuits in the US. That changed in September 2016, when the US Congress overrode a veto by president Barack Obama and adopted the JASTA, which permits such claims to proceed. Mr Obama had warned that the law could expose US companies, troops and officials to lawsuits in other countries." Indeed. Now other countries can sue US corporations and troops for murderer, torture and file wrongful death suits. Blackwater applied for diplomatic immunity and lost.