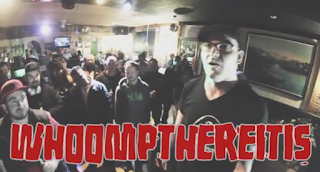 Stiff Gritty, from Maple Ridge freestyles in Surrey. As I said before, I like Stiff Gritty. I think he has potential. He steps up to the mic and did a freestyle battle in Surrey and kinda got his ass kicked by an intellectual called Whoompthereitis who thinks going to prison is a bad life choice.

When we take the higher road and lead others away from drugs and gang life we become empowered by the cause and join the league of Super Saiyans leading the world out of the darkness and into the light. I think these two should join forces.

Whoomp dissed your lady but we all know that was just pretend because we hear your lady ain't a ho like the others. So if your lady is pregant then congratulations are in order. It's time to man up and take the next step away from the geriatrics on Viagra that are hoeing her friends.