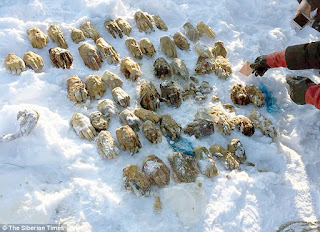 Newsweek is reporting that "A mysterious bag with 27 pairs of severed, frozen human hands washed up on a snow-covered island near the border between China and Russia, according to local reports. Local media reported that medical bandages and plastic shoe covers, usually found in a hospital, were discovered next to the bag of hands. Officials speculated that the hands may have been used for medical purposes and were chopped off in the hospital. Others said it was possible the hands were cut off to stop police from identifying the bodies of murder victims whose bodies may have been used for organ trafficking."

As Miss Canada and the Falun Gong keep pointing out, Organ Harvesting of political prisoners in Communist China is a huge problem. That makes all the CIA's ridiculous propaganda against Russia at this time suspect. If the bag of hands washed up on shore in China, we simply wouldn't have heard about it. The river the hands were found near flows from China to Russia. 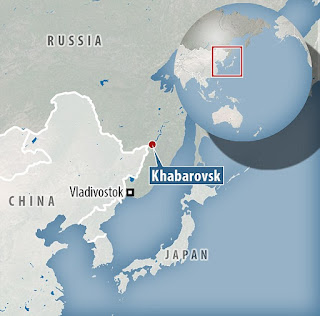 The Bleeding Edge movie was made in Vancouver about the Organ harvesting problem in China.