Mike Smyth has lost his mind 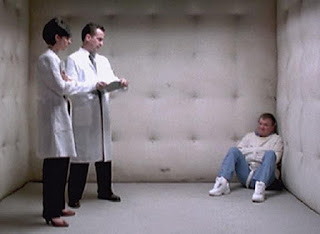 Clearly Mike Smyth has lost his mind and his conscience. He's the Dianne Watts lapdog that took over for Alex Tsakumis. We have already exposed his Gordon Wilson fraud but he refuses to concede and continues to rant like a raging lunatic. This guy needs some professional help.

Bruce Ralston is a well respected MLA in Surrey. Bruce has been active in his community and reelected as a MLA for many many years. After the last election the NDP started to clean house. They saw Gordon Wilson's exuberant salary advocating for natural gas to be a waste of tax dollars and it clearly was. I support natural gas because it is clean burning. However you don't have to pay someone $12,500 a month to say that.

That job was a sweetheart appointment. He got it after his wife wrote a book promoting Christy Clark. Before that Gordon Wilson and his wife Judy were in a financial bind because of their own defamation in another case they lost in court. It's a toxic cesspool really.

Which makes us wonder why Mikey lapdog would even consider opening that can of worms. Why bring more attention to the Gordon Wilson fraud? Does he really think the public is that stupid? Evidently he does. Just another credibility meltdown in a day of Post Media News.