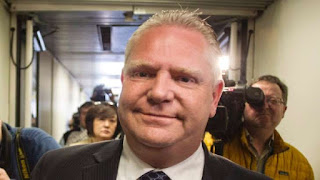 CBC is reporting that "Former Toronto city councillor Doug Ford was named the Ontario Progressive Conservative leader after a turbulent party convention on Saturday, but runner-up Christine Elliott says she won't concede and that there were serious irregularities in the race."

Ontario has lost their mind. Doug Ford is an idiot. His brother Rob was an abusive drunk. The last leader of the Conservative party in Ontario resigned amidst sexual harassment allegations. From there, Doug Ford is a step backwards not forwards. Christine Elliott was the voice of reason - a beacon of light. Doug Ford is a cloud of darkness.

CBC is reporting that "If you're perhaps mildly confused about how the Ontario Progressive Conservatives choose their leaders, take comfort in the fact that you are certainly not alone. The process is relatively complex. It's designed to ensure that a candidate has support throughout the province, rather than in limited geographic areas. That's partly why, despite the fact that Christine Elliott won both the popular vote and also the majority of ridings, the former MPP still lost to the PC's newly elected leader, Doug Ford, by a razor thin margin."

It sounds like the provincial process is a shady version of having to hold second and third ballots without actually holding them. I do not believe that anyone who voted for Caroline Mulroney in the first round chose Doug Ford over Christine Elliott in the second round. That is not believable.

The natural consequence is simple. Had the Ontario Conservatives elected Christine Elliott as their leader I would have voted conservative. Now I will not. It's that simple. Reform Ontario. 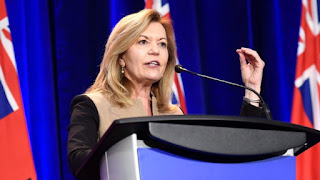 We need to separate ourselves from the New Con because it's the same as the Old Con. 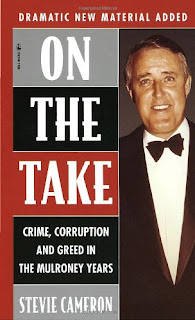