The Green way up: From Australia to Norway 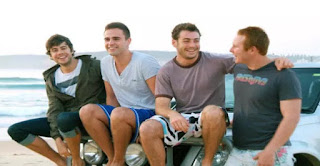 Speaking of Australians and Netflix, I just found a very interesting series on Netflix called The Green way up. It's about a group of Australians that go on a trek from Australia to Norway all on homemade biodeisel. These are really good guys and they have a really good idea. Like I said, Aussies are rugged and fun. I've never met an Aussie I didn't like.

I'm not exactly sure what biodeisel is but if Alberta can export toxic tar sands bitumen and petroleum coke why can't Surrey produce biodeisel? This is something we need to look at. With all the deep fryers in North America there is no reason we can't turn all that waste oil into biodiesel. Right now it just goes in the garbage.

Within Surrey and Vancovuer's recycling program they collect food scraps as well as paper and plastic. At first we all thought the food scraps was just for composting. Not so. They turn that food scrap into fuel. Global is reporting on a new bio-fuel facility in Surrey.

Update: This series is awesome. I wish I knew about it when it was happening. We could of set up a Gofund me page for them. However, it appears that season two hasn't happened yet. Season one was a trip across Australia without filling up at a single petrol station. Season two is no doubt going to be even more challenging because they'll be picking up used cooking oil from restaurants in foreign countries with a different language.

Unfortunately I'm not sure if season two is still on the table. The domain name has expired and there hasn't been any activity on their twitter or Facebook for a few years. Nevertheless, I highly recommend the series. It's a great idea and they are a bunch of great guys.

One of the young guys related the challenges they were having with their primary vehicle to going on a bad date with a girl who complains the whole night then doesn't offer to pay for her food. Dude, if you take a girl out for dinner you can't make her pay. If she offers to pay you can't let her. That's just not right. Are we not men or are we DEVO? Don't support the Devolution of the species. It's not a matter of being pussy whipped it's a matter having having a little self respect.

Apparently here in Metro Vancouver you're not supposed to put used cooking oil in the dump. They have a separate collection facility to put it. There is even a biodesiel company here in the lower mainland now. I had no idea. This is good. Onward and upward.