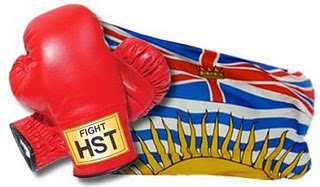 In response to the anti HST petition, the provincial government has decided to hold a mail in referendum in June. Make sure you're on the list. This is one way to prevent the marginalized from voting.

To be fair they said they are going to spend money on both sides of the debate. That isn't fair, that's just stupid. Why would they spend any tax dollars trying to tell us how to vote? That is wasting more tax dollars from the same top down government. The people tell the government what to do, the government doesn't tell the people what to do. Not in a real democracy at least.